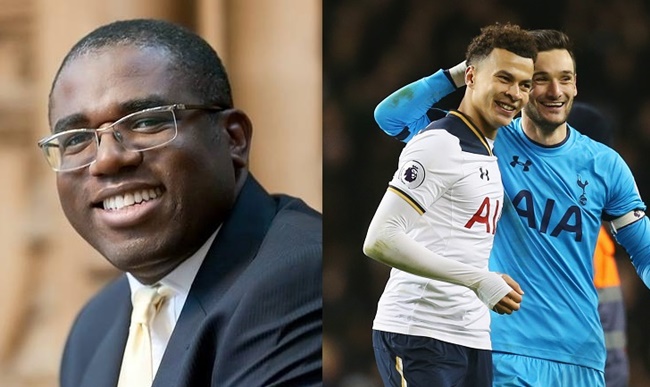 After Dele Alli single-headedly scotched Chelsea’s winning streak at White Hart Lane last night, it didn’t take long before the inevitable barrage of banter grenades was being hurled across the social media trenches.

Slightly unexpectedly however, the Spurs trolling was led by an elected member of parliament, Labour MP for Tottenham David Lammy, who wished travelling Blues fans safe passage back to West London with a particularly pithy Tweet…

On behalf of my constituents can I please wish all @ChelseaFC fans a safe journey back to West London. 2-0! #COYS #THFC #THFCvCFC #Spurs pic.twitter.com/kBQOBFMc8s

Oh man, that’s got to smart – and the festive knitwear is just a nice little bonus.

To be honest, Pies view ‘Banter™’ as a plague that is gnawing away at football from within, but if we’re honest, we kind of enjoyed this one too…

Look at our players celebrating like they’ve just drawn at Bournemouth pic.twitter.com/nI7JET5NI6