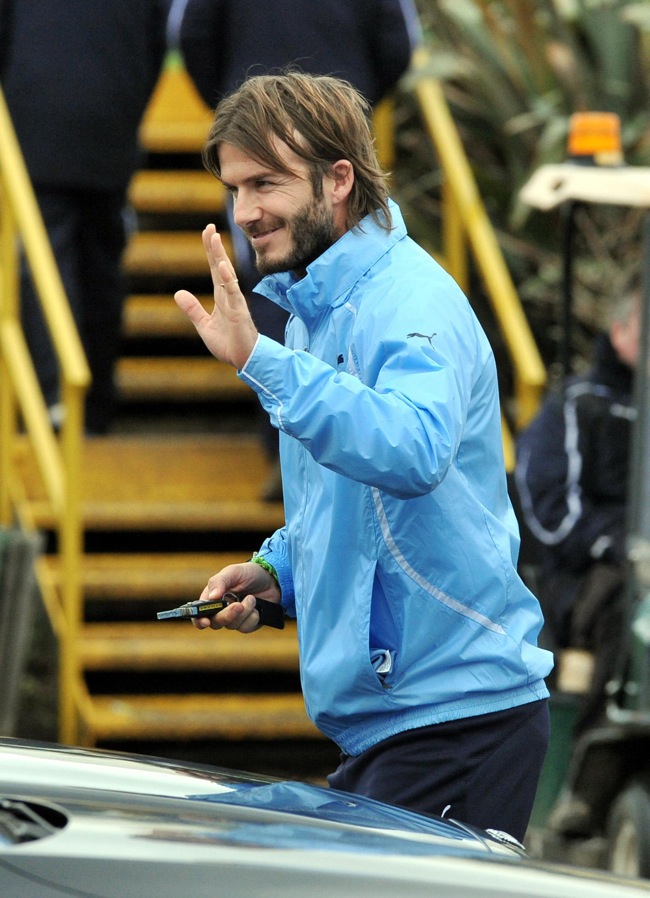 David Beckham waves to fans and the media (there was more of the latter) as he leaves Tottenham Hotspur’s training ground in Chigwell, Essex. Becks had a medical this morning, and was given the green light to train – not play – with Spurs over the next four weeks.

File this very much under ‘PR exercise’, rather than lung-busting exercise. (Just think how much has been written about Beckham, LA Galaxy and Tottenham in the last couple of weeks.) But if Becks can teach Gareth Bale and Aaron Lennon a thing or two about pinpoint crossing from the touchline, so much the better. I would have liked to see Beckham run out for Spurs just once though, even if my head tells me this is by far the best compromise for all parties.