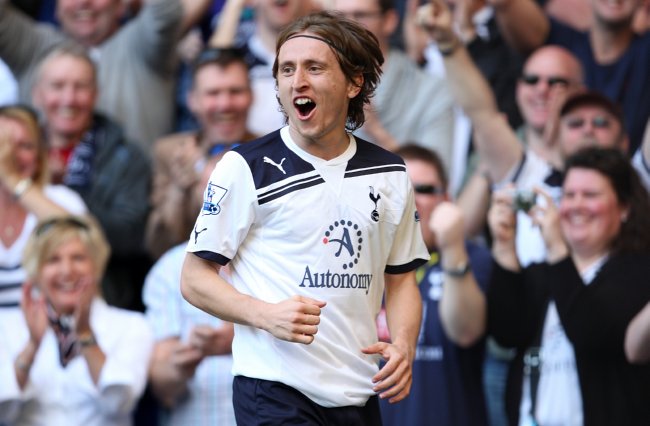 And lo, the words that all Tottenham fans have been waiting to hear for a good few months – garnered straight from the gullet of Luka Modric’s advisor, Mario Mamic, and reproduced faithfully on the pages of Croatian newspaper Jutarnji List:

“Luka will not go to Manchester United, and he will also stay at Tottenham because I know that president Daniel Levy will not let him go.”

The paper are also carrying the following quotes from Mamic’s father, Zdravko, who serves as the vice-president of Modric’s former club, Dinamo Zagreb:

“I heard that somebody has offered £20 million for Luka, but that’s crazy. When we talk about Modric, that price would only be enough to buy peanuts.”

Just to hammer the point home, we’ve also just happened across these words from Spurs manager Harry Redknapp, who told Sky Sports News this very afternoon that none of his big names will be toddling away from the Lane this summer:

“£20 million for Luka? They’ve got to be dreaming, he’s such a fantastic player.”

Which, all in all, should put paid to all those nasty rumours…until tomorrow morning.