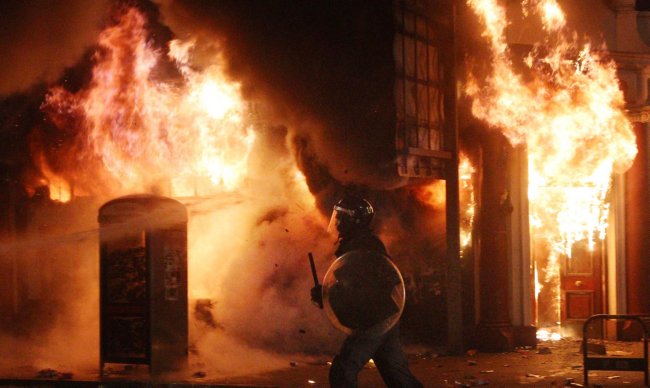 Word on Pies Street is that the opening weekend Premier League tie between Tottenham and Everton has been cancelled due to the ongoing twattery in London.

The postponement is yet to be confirmed by either club or by the Premier League themselves but their are rumblings trickling down from some very high-ranking sources that the game at White Hart Lane will be shelved.

The ‘Everton off to a flying start after avoiding defeat at Spurs’ jokes are writing themselves.

UPDATE: The Premier League board have indeed just announced that Spurs vs Everton at the Lane (Saturday) has been postponed due to riots in the area, but that all 9 other games are due to go ahead as planned.

“The very latest situation is that Tottenham and Everton has gone. The police have done a fantastic job, but it’s been a crime scene all week and the council have not had enough time to do what they need.

“The other nine fixtures are looking positive, subject to any more trouble. At 6pm tonight we will have a very clear picture. The Tottenham game is a real shame but we support the police in what they are doing.

“They want these games to go on as much as we do.”

More when we have it…