In which Peter Crouch pays a visit to the Tottenham barber shop run by 89-year old Spurs fan Aaron Biber that was looted and ransacked during the London riots last week.

Well, to be specific, 99.9% of it was ransacked – the vandals chose to leave a signed photo of Crouchy well alone… 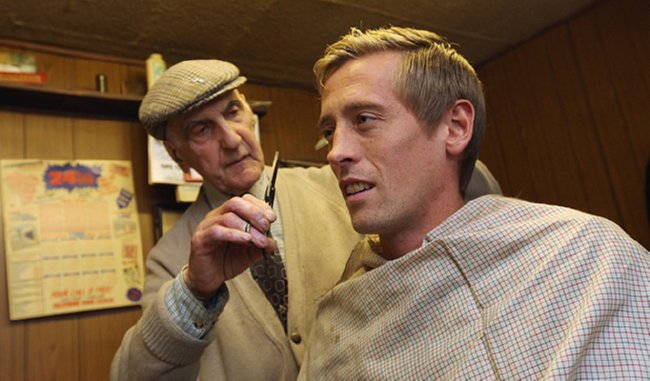 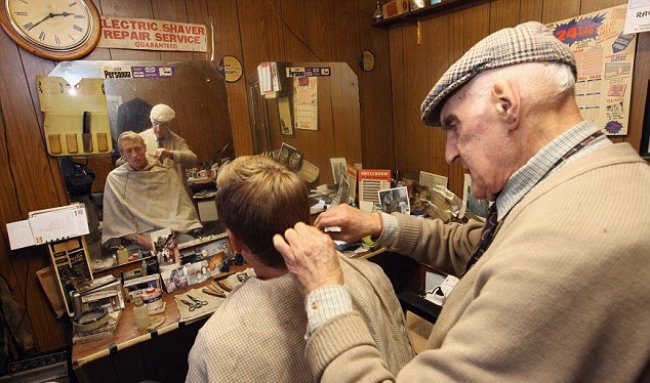 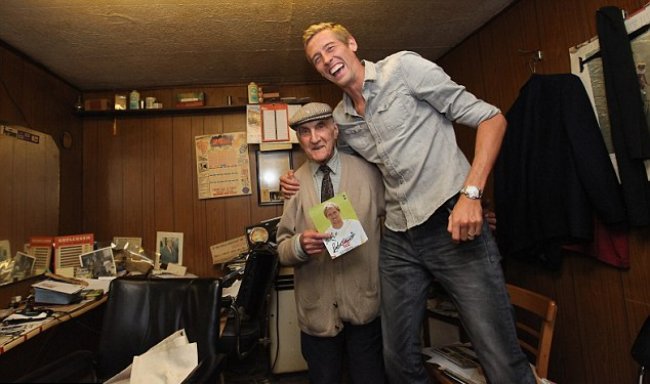 After Biber’s plight made the headlines, an internet campaign was started called ‘Keep Aaron Cutting’ (a fund-raising push that has since raised £35,000 to help the veteran Spud restock and refurnish his livelihood) and Crouch went along yesterday to show his support – receiving a complementary short-back-and-sides for his troubles…

Said Crouch, after having his ears lowered:

“I wasn’t expecting to get a hair cut but I needed one and was in a barber shop, so I thought ‘why not!?’ Aaron did a great job.

“It was sad to see what had happened to his, and a lot of other people’s businesses and lives, after the recent troubles. But it’s great to see the response so many people have given.

“From spending time with Aaron there’s no doubt he’s a lifelong Spurs fan and his shop is walking distance from the stadium, so it’s only right we show our support.

“The club do a lot of good work in the community and it’s something we will continue to do to help Tottenham recover from what has happened, and the players are fully behind this.”

He’s a good egg is our Pete.