He may not have picked up as many bargains in the transfer window as he would have liked, but Spurs boss Harry Redknapp was a happy man on Saturday, after watching new signings Emmanuel “I still love Arsenal” Adebayor and Scott Parker inspire the Lilywhites to their first win of the campaign. Beanpole striker Adebayor netted the first while Jermain (with no “e”) Defore scored the second to send Wolves to their first defeat of the league season. 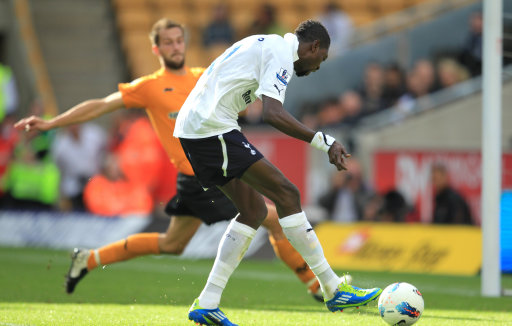 Emmanuel Adebayor stoops to conquer and scores the first goal