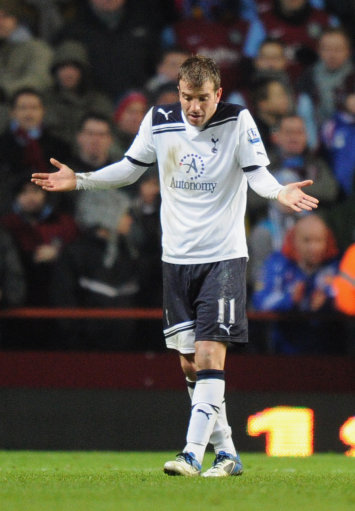 Tottenham’s Dutch playmaker Rafael van der Vaart is less than pleased by Harry Redknapp’s decision to leave him out of Spurs’ Europa League squad, calling the whole situation “annoying” on his personal website.

Van der Vaart was omitted from the squad after picking up an injury in the defeat to Manchester City at the end of August. However, according to the former Real Madrid attacker, he is healing quickly and therefore Redknapp should have discussed the situation with him.

With Luka Modric desperate for a move away from White Hart Lane, Michael Dawson out for two months with an Achilles injury (compounding the failure to land Gary Cahill in the transfer window), and now Van der Vaart unhappy, good ol’ ‘Arry has a challenging season ahead of him.