Jermaine Defoe scuttled backstage at the London O2 to meet Rihanna after her gig last night, only there was one small problem – and I don’t mean that he was so nervous that a small bit of wee came out… 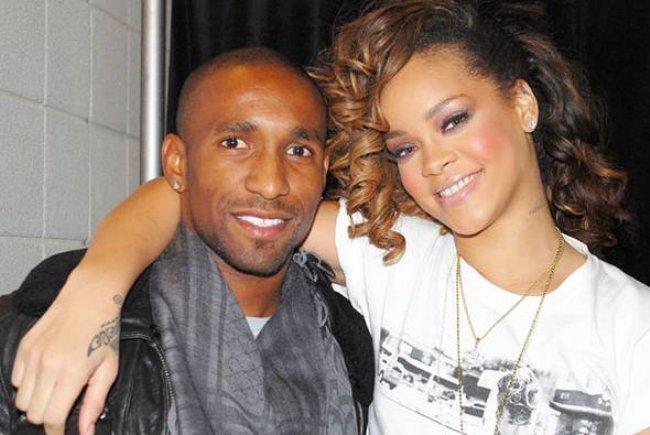 Nope. Indeed the ricket was actually dropped by the semi-sexy nasal Bajan whingebag, who greeted our Jermain thusly:

“Oh, Jermain, you play for Arsenal, yeah? I’ve heard all about you.”

She obviously hadn’t quite heard everything about him. Keen-eyed readers may have spotted that Defoe is indeed currently on the books at Arsenal’s dear North London chums, Tottenham Hotspur.