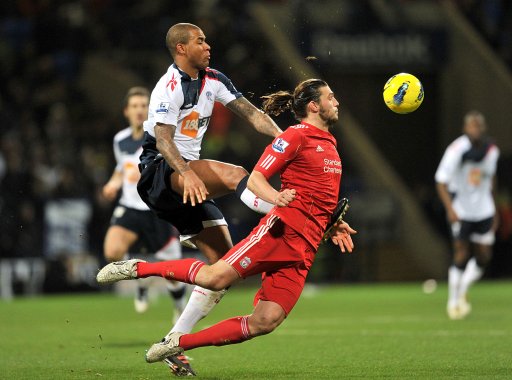 One player sure to be high on everybody’s list, Zat Knight that is

A few players have hithered and thithered about since the turn of the year but, after a fairly dormant month on the transfer front and with only 385,589 precious seconds left until the January window is closed carefully and contentiously by the relevant personnel, we impatient fools at Pies reckon it’s high time to start making big things happen – in our minds.

We’re going to stray into the realms of fantasy and play silly buggers for a bit by posing the following question: If your club could sign one new player before February, who would you have it be and for what reason?

Should Chelsea hedge their bets on Willian or Kevin de Bruyne or someone else entirely? Should Manchester United finally cave in, admit that Paul Scholes may not be the future of their midfield and go all out to wrangle Wes Sneijder from Inter? Chris Samba to Arsenal? Etc, etc…

There are no rules as such. You could go astronomical and demand that Lionel Messi plugs the hole in Barnsley’s front line, you could pick the shiniest gem from the names linked with your side in the rumour columns over the past weeks or you can go all shrewd and sensible ‘Moneyball-style’ on our arses by factoring in market forces and sell-on prices should you be that way inclined.

Me? I’m a Forest fan so I’ll take a defender.

One who doesn’t mind getting paid in Co-Op vouchers.

Go for it people. It’s a bit of Friday afternoon frippery is all. Just state your club, pick your target and then share your reasoning with the group. There’s no judgement here in the Circle of Trust…