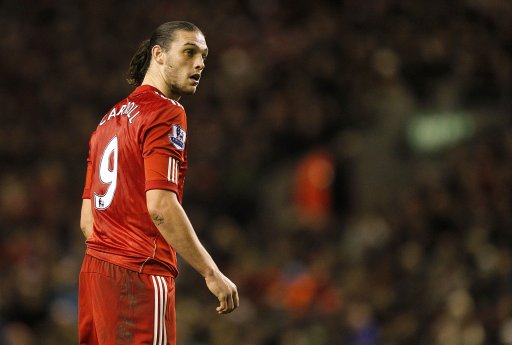 It’s already been well and truly scotched by his agent, but the heftiest kernel of transfer tripe this morning was a rumour appearing in the Times, The Sun and the Daily Mail that Newcastle were willing to stump up between £10-£15 million to bring Andy Carroll back to Byker Grove and that Liverpool may be tempted into cutting their loses on their £35 million lump.

On first glance, it’s the kind of spurious tittle-tattle that manifests on a daily basis in the footballing gossip columns, but the fact that The Times – who don’t usually indulge in such frivolity quite so readily – ran the story on their back page lends a shred of validity to the reports. On the other hand, it is a bit of a slow news day.

For the record, The Sun and Mail are claiming that Liverpool offered Carroll back to his former employers for £20 million, with Newcastle only willing to go as high as £10 million.

Liverpool have insisted that ‘no formal talks have taken place’ while Carroll’s agent, Mark Custis, has been quick to vow that there is ‘no truth’ in the rumours – though there appears to be a nagging doubt among the press circles that wheels may have been set in motion. 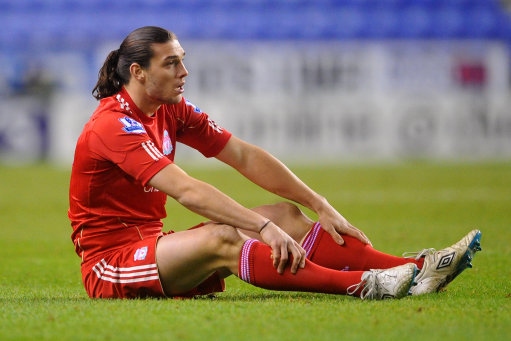 Carroll’s a handful, but he’s a headerer not a footerer

With two goal this season and just four in total for Liverpool since joining last January, it’s become quite obvious Carroll doesn’t fit the bill at Anfield. A big, hairy 6’3″ lummox of a battering ram that feasts on salvos slung into the penalty area is never a dainty, intricate link man going to make. There’s a reasonable argument that things may pick up once Steven Gerrard and his exemplary delivery make a full return to the first-string but who knows how long that’s going to last considering his twang-happy groins.

Carroll’s wages will also undoubtedly be a divisive issue. He quadrupled his weekly takings up to £80-odd grand after moving to Merseyside. There’s absolutely no chance Newcastle will be willing to match that kind of money given their recent cost-cutting jumble sale. It’s the kind of discrepancy that can and probably will shoot any transfer full of holes before it even begins to gather momentum.

Granted. There’s an overwhelming chance that it won’t come to anything, but if Liverpool really are ready to jettison their wares back from whence they came, I’d wager that they’d be wise to push it through sooner rather than later as – mirroring the situation 12 months ago – they’ll be faced with the unenviable task of finding an adequate replacement for their departing No. 9 before the sand in the Boggle timer of fate (or the ‘transfer window’ to give it it’s Latin name) run out.

What do you say folks? Could you blame Liverpool for flogging Carroll at a fraction of the purchase price? Can you see him slunking back to Toon with his ponytail between his legs?