Eng-lish Pre·mi·um/ing’liSH ˈprēmēəm/Noun: An amount to be paid on top of any given football transfer fee to recognise the paltry significance of said footballer hailing from these sceptred isles and will hopefully therefore play with ‘bags of passion’, etc…

In no particular order, a ten-some of English footballers that, through no fault of their own, have suffered at the hands of the cursed ‘English Premium’ transfer fee… 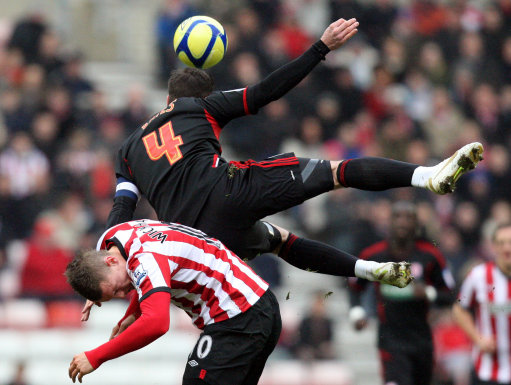 Connor Wickham: £8.1 million (potentially rising to £12 million), Ipswich to Sunderland, 2010: Granted, the first pick is a little specious as Wickham is still only 18-years old and a fair old distance from being the finished article. That said, after seeing him play a couple of times for both Ipswich and Sunderland and, barring that goal against Sheffield United, I just cannot see for the life of me what all the fuss is supposed to be about.

Wickham just looks very ‘meat and potatoes’ to mine eye, a money pit waiting to happen – though, of course, I’d be more than happy to be proved wrong. 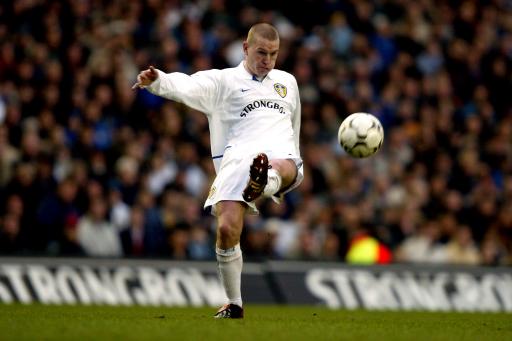 Seth Johnson: £7 million, Derby to Leeds, 2001: As you can probably fathom from the fee involved, Johnson moved to Elland Road during that heady period in Leeds’ history that almost no-one refers to as the club’s ‘willy-nilly’ years.

The story goes that, after agreeing with his agent beforehand to accept nothing less than £13,000-a-week during contract negotiations with Peter Ridsdale, the pair gasped in tandem when the Leeds chairman offered Johnson a whopping £30,000-a-week. Ridsdale took this as a sign that his opening offer had been far too low and slung another few thousand on top. One imagines the contract was hurriedly signed shortly thereafter.

A hard-working-bordering-on-bog-standard English clatter-merchant if ever there was, Johnson played a little over 50 times for Leeds in four years (largely due to injuries) before returning to Derby where he suffered a career-ending knee knack in the 2007 Play-Off Final at Wembley. 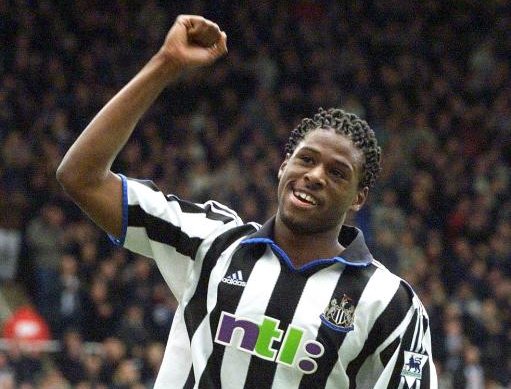 Carl Cort: £7 million, Wimbledon to Newcastle, 2000: A yomping centre-forward who wreaked havoc up top for Wimbledon in his early days, it’s fair to say that Sir Bobby Robson fluffed a relative fortune on Cort – who made next to no impact at Newcastle due to a string of debilitating injury problems and a crippling lack of consistency.

Moved to Wolves in 2004 after making 22 league starts in four years at St James’ Park and enjoyed moderate success in the Old Gold. 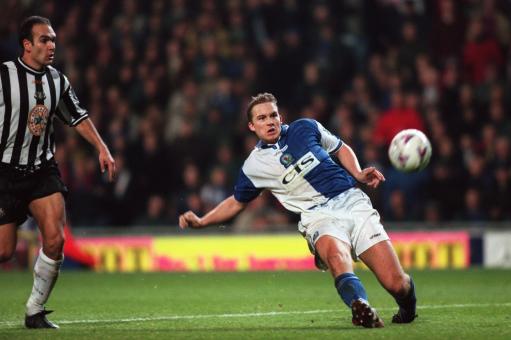 Kevin Davies: £7.25 million, Southampton to Blackburn, 1998: After making a name for himself during Chesterfield’s incredible run to the FA Cup semi-finals the year previous, Davies moved to Southampton for £750,000 and continued to turn heads as he blustered through centre-backs hither and thither.

The very next summer, Blackburn hastily threw shed-loads of cash at the Saints for a 21-year-old, largely-unproven target man and got sod all out of him – one league goal in nearly 30 appearances to be precise. Davies burgeoning reputation was shot in the space of a season and to make matters all the worse, Rovers were also relegated.

Davies moved back to Southampton for a few years, where he found himself continuously in and – to a much more frequent degree – out of the side before eventually jumping ship to Bolton where, belatedly, he finally got his act together. 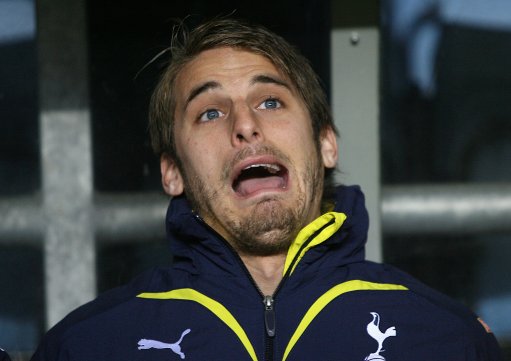 David Bentley: £15 million, Blackburn to Tottenham, 2008: Bentley was integral at Blackburn for a couple of glorious years, whipping in endless ream of sumptuous crosses in for Roque Santa Cruz from the right flank and, at one point, looked like the natural successor to David Beckham in the England set-up.

Moved onwards and upwards to Spurs for far too much, found himself knocked down the pecking order almost immediately by the emerging Aaron Lennon and, consumed by his own ego, hung around for far too long as his career lost all momentum. Now a spent force and, amazingly, still on Tottenham’s books. 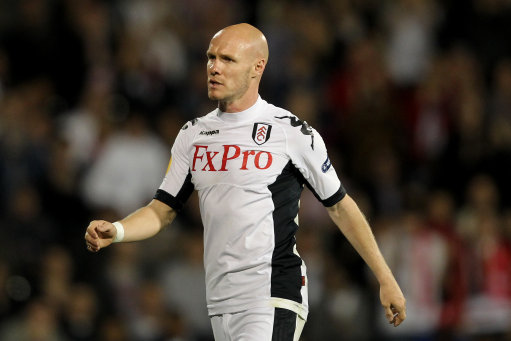 Andy Johnson: £10.5 million, Everton to Fulham, 2008: A transfer fee that’s only really applicable if you happen to value winning penalties ad infinitum above any other aspect of a professional footballer’s skill set. Johnson’s a perfectly serviceable striker, capable of odd flashes of exceptional technique, but he’s never been able to live up to the mantle of being Fulham’s joint second-most expensive signing of all time.

(There’s two points available if you can the name the chap at the top of the list?) 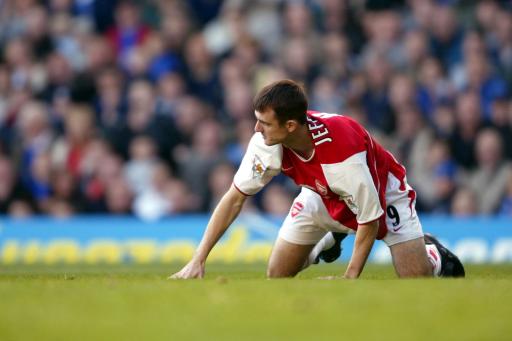 Francis Jeffers: £8 million, Everton to Arsenal, 2001: Made a fine old start to his career after coming through the youth ranks at Everton, poaching a fair few goals over a couple of seasons before getting all uppity, demanding a pay-rise and subsequently finding himself frozen out of the side by then-manager Walter Smith.

Arsene Wenger, famously sounding out a ‘fox in the box’ to put the finishing touch on his side’s fancy approach play, spaffed a King’s ransom on Jeffers who, along with looking like that ankle-tagged 16-year old father-of-four from the council estate, actually played like him as well.

After three almost entirely void years at Arsenal (including a goalless season-long loan return to Goodison) Jeffers became the butt of the joke and his stock plummeted. Indeed, he was last seen struggling to convince Australian A-League side Newcastle United Jets that he was worthy of a flutter.

(Franny Trivia: Jeffers is one of two men to have a 100% goal-to-game ratio for the England national side, the other being David Nugent. Both players scored on their debuts, never to play again.) 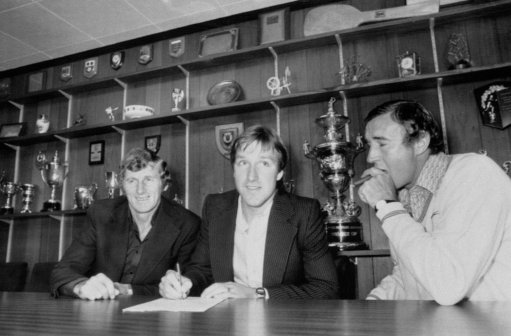 Steve Daley: £1.74 million, Wolves to Man City, 1979: City made Daley the most expensive British player to date when they nigh-on trebled the transfer record to sign midfielder Daley from Molineux. The fact that the deal is almost unilaterally referred to as “the biggest waste of money in football history” to this day by those who concern themselves with that kind of thing should tell you all you need to know. 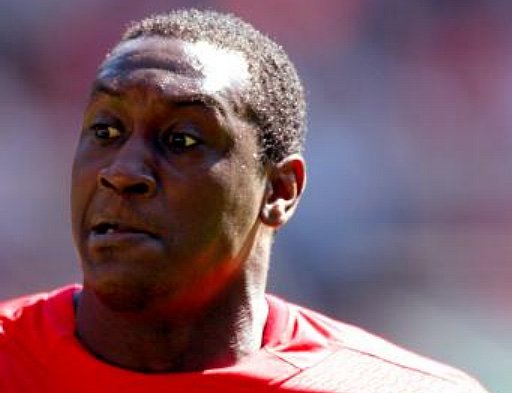 Emile Heskey: £11 million, Leicester to Liverpool, 2000: Often derided as a Liverpool flop after Gerard Houllier broke the club’s transfer record t0 lift him from Leicester all those years ago – the fact remains that his goal-per-game ratio at Anfield is slightly better in comparison to his record at Leicester, i.e, his free-scoring heyday (in staunchly relative terms).

The problem was that gargantuan fee, somewhere equatable to £32.9 million in today’s money (with the Premier League’s spiralling, law-unto-itself financial inflation taken into account).

Now, I’m a resolute Heskey advocate and I appreciate the under-lying benefits of what he does/did for a side in his role as a human bulldozer, but even I am willing to admit that he’s just never been an £11 million-man and never will be. 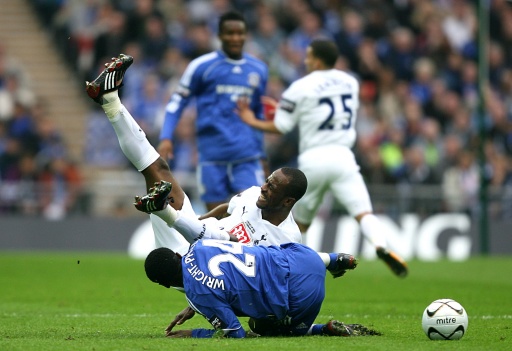 Shaun Wright-Phillips: £21 million, Man City to Chelsea, 2006: Man City’s Young Player of the Year for four times on the spin, Wright-Phillips (with the benefit of hindsight) peaked early, genuinely impressing during his first stint at the club.

Then came the beginning of the end. Chelsea paid vastly over the odds such was their wont at the time and Wright-Phillips was duly found out as the insanely limited winger he truly was. He hit his talent wall and he hit it hard.

After two years playing second fiddle to everyone at the Bridge, SWP returned to City for a fraction of his last fee and pootled along as before right up until the point Roberto Mancini turned up. 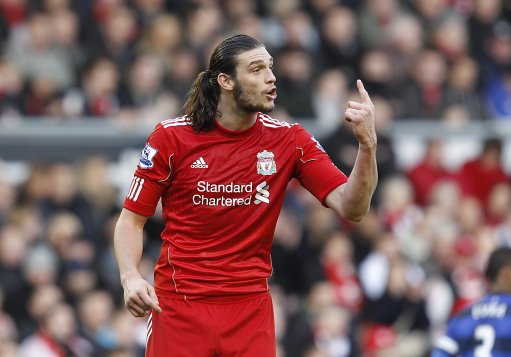 Special mention: Andy Carroll: £35 million, Newcastle to Liverpool, 2011: Not a victim of the English Premium as such, as it was other market forces that engorged his price tag when Liverpool came a-sniffing – but it would be remiss to list over-priced Englishmen and not list Carroll, who cost as much as a small Pacific island.

(Please note that the over-priced likes of Glen Johnson, Ashley Young, James Milner, Joleon Lescott, Stewart Downing, Jordan Henderson, Darren Bent, etc have not been included because they haven’t really suffered any detriment to their careers at the hands of their respective transfer fees – as massively over-inflated as they may well be.)

Any vastly over-pwiced and wubbish Englanders we’ve missed? Tell us all about it ‘down below’?