Here’s Chelsea’s latest acquisition, promising young Belgian winger Kevin De Bruyne (who definitely has a whiff of the ‘The Sherminator‘ about him), holding his new uniform aloft for the cameras at Cobham after signing from Genk for £6.7 million earlier today… 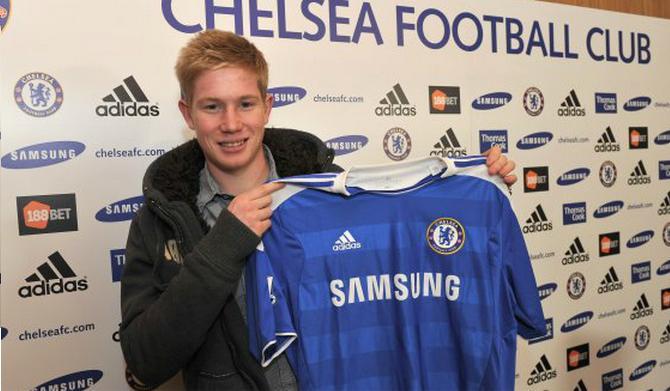 The 20-year old will now return to Genk on loan for the last half of the 2011/12 season, before joining up with Chelsea properly as of the summer.

Hands up, I’ve not seen De Bruyne in action bar a few minutes of highlights, but £6.7 million seems like a bit of a steal for Chelsea considering his glowing reputation as part of Belgium’s new breed.