Apparently this is a thing… 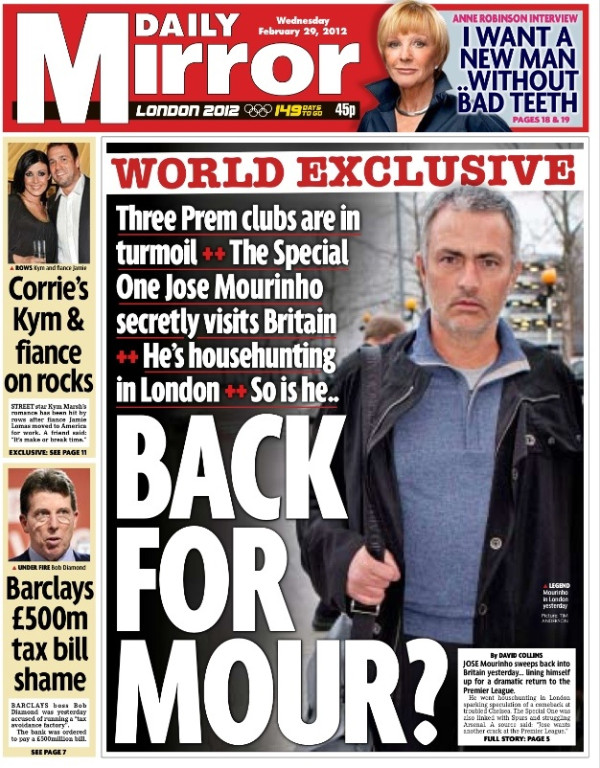 Direct from the Daily Mirror’s (among several other newspapers, both here and in Spain) front page today – a WORLD EXCLUSIVE no less, despite the previously mentioned coverage – a spurious smattering of claptrap pertaining to Jose Mourinho’s brazen trip to buy a bag of doughnuts and peruse the real estate of London Town yesterday.

I ask you, what can it all mean? 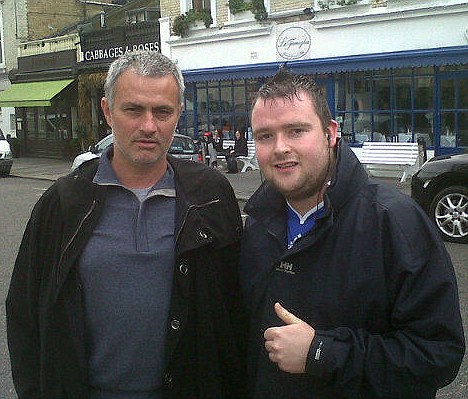 Mourinho caught red (or should that be blue?)-handed in London

Apparently, according to the national press of two separate countries, Mourinho – a man who revels in stirring the PR shit – spending his day off looking for property in London without a rubber Richard Nixon mask and an Virgin Islands driving license under the name ‘Igor von Chudbucket III’ can only mean one of the four things:

AVB’s on the ropes, he’s definitely going back to Chelsea…or…getting Arsenal’s act together for them…or…taking the England job for the Euros…or…replacing ‘Arry at Spurs if he signs up with the FA over the summer.

Pro-Madrid paper AS even saw fit to caption their photo, “He didn’t hide.” It’s a sign, you see.

Maybe he was visiting old friends from his Chelsea days? No? Maybe he was just looking at sodding houses? Yes, that does sound pretty ludicrous once you say it out loud.