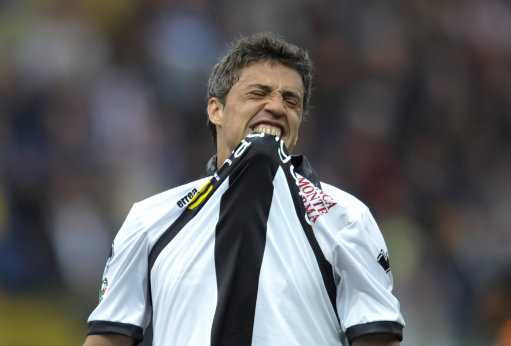 Crespo reacts to missing out on that dream move to HamKam

Once the most expensive footballer in the world (Lazio paid Parma a record-breaking £35m for him in 2000),  free agent Hernan Crespo is now being touted around some of Europe’s less glamorous clubs.

According to reports in Norway, the former Milan hitman’s agent approached second-tier club Hamarkameratene, often abbreviated to HamKam, offering the tiny club the services of the 36-year-old superstar.

HamKam coach Vegard Skogheim received an email from Crespo’s agent, which took him rather by surprise. He said.

“I usually just delete these emails, but now I had to take a closer look”.

Apparently Crespo’s agent mentioned a proposed signing on fee of 300,000 Euros. Although the club don’t seem to be that interested, after all. Skoghreim said:

“At the moment we’re going with (Norwegian player) Magnus Nysveen, not Hernan Crespo.”

It somehow all seems a little sad. And very strange. Or maybe it’s some kind of “crazy” prank. What do I know.