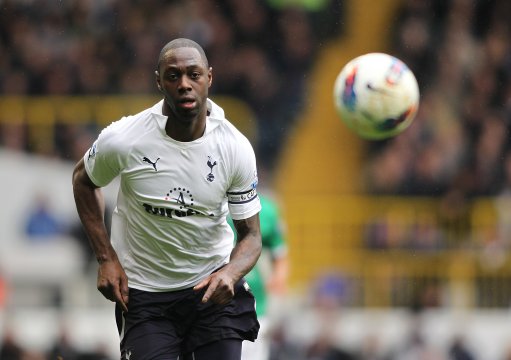 After missing out on a Champions League spot thanks to their pesky fellow Londoners Chelsea, Tottenham have decided to have a bit of a clear-out in preparation for next season’s title assault/battle for fourth place (the choice is yours). Eight players in total have been released by Harry Redknapp, with former Spurs captain Ledley King the most eye-catching casualty.

The injury-haunted King (who is scorer of the Premier League’s fastest ever goal, scoring after just 9.7 seconds on his Spurs debut) played 23 games in all competitions ths season for the Lilywhites, but with his contract expiring this summer, Spurs have decided not to offer him a new playing deal. However, the likelihood is that he will stay with the north London club in some sort of non-playing role.

Indeed, King has already said that Tottenham are the only club for him:

“I’ve been discussing things with the club. Tottenham have been fantastic in supporting me and given me several options to stay involved with the club. I shall take a view with them pre-season on my future.

“Tottenham has been the only club for me and if I can’t play here then I shall look to be involved in another capacity.”

Two other players to be shown the door at White Hart Lane are Louis Saha and Ryan Nelsen, both of whom only joined the club in January. The list of released players is completed by lesser mortals Oscar Jansson, Ben Alnwick, Jesse Lassen, Kudus Oyenuga and Mirko Ranieri.

Expect Harry to already have a star-studded list of replacements already drawn up. Although if the likes of Gareth Bale and Luka Modric decide to leave in search of Champions League football next season, Redknapp will have quite a rebuilding job on his hands.