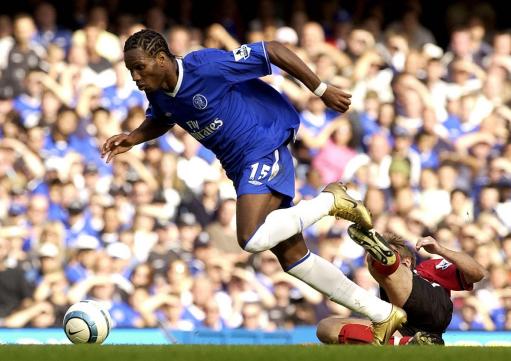 Following in the footsteps of former Chelsea team-mate Nicolas Anelka, Blues’ legend Didier Drogba has gone east in search of a new footballing challenge (and a pretty decent payday).

Penning a two-and-a-half year deal with Shanghai Shenhua, the Ivorian superstar leaves Stamford Bridge on one massive high, with his last kick of the ball for the club coming in the glorious and historic form of the winning penalty in the Champions League final.

Ahead of his move to the Chinese Super League, the striker said:

“I considered all the offers I have received in the past few weeks, but feel Shanghai Shenhua is the right move for me at this time. I’m looking forward to a new challenge and experiencing a new culture, and am excited about developments in the Chinese Super League.”

“When Chelsea went to China last year, we had a great time and I met some amazing fans. I hope to help promote Chinese football around the world and further improve the links between China and Africa.”

Making his debut with Chelsea against Manchester United in August 2004, Drogba went on to make a whopping 341 appearances for the west Londoners, bagging an impressive 157 goals and winning three Premier League titles, four FA Cups, two League Cups and that 2011/12 Champions League trophy. Not bad, really.

Indeed, whether you are a Chelsea fan or not, Drogba’s magnificence is unquestionable.

Watch the great man fire his way to 150 goals. If you want to see the last seven also, then click here.