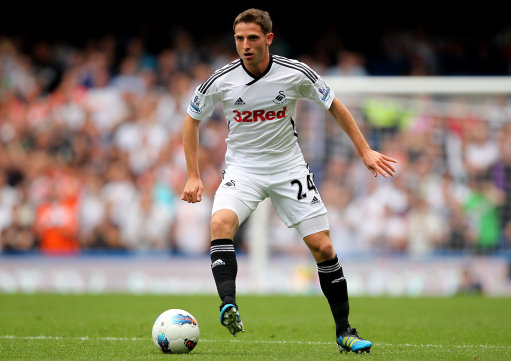 Liverpool have reportedly agreed a whopping £13.5 million fee with Swansea over the transfer of Joe Allen, with former Swans manager Brendan Rodgers keen to cherry pick one of his leading lights from last season by invoking a release clause written into Allen’s labyrinthine contract.

You may recall that Swansea chairman Huw Jenkins lobbied long and hard to get a ‘no half-inching our players for 12 months’ stipulation inserted into the terms when Rodgers left for Liverpool, though it would appear that Allen has a release clause in his deal at the Liberty which states he can leave for one of the Premier League’s ‘Big Five’ (which includes Liverpool) should they meet the asking price – £13.5 million.

Oh dear, oh dear. It’s certainly got a definite whiff of ‘Dalglish’ about it, hasn’t it? No doubt Allen is a tidy central midfielder with an exemplary passing rate (91.2% completed) for last season and he’s only 22, which will pander to John W. Henry’s hankering for re-sale value and the like. However, he’s not particularly flashy and it’s arguable that there are much better players out there in the £10-15 million bracket.

What are we saying ‘Pool fans? Reckon you’ve got another Adams/Downing/Henderson on your hands here or is Allen the man you need to lube up your midfield pistons?