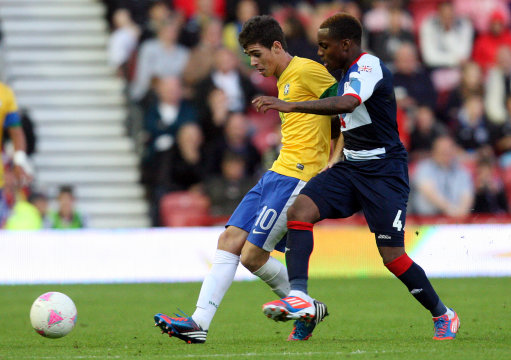 Despite picking up a little trophy which goes by the name of the Champions League, Chelsea owner Roman Abramovich has been a busy man this summer, splashing serious amounts of cash in an attempt to match Premier League champions Manchester City.

With Belgian superstar Eden Hazard and German playmaker Marko Marin already signed up, Abramovich has now added yet another attacking midfielder to the Blues’ squad, in the slight figure of 20-year-old Brazilian Oscar, a player often likened to Kaka, which doesn’t sound too bad, does it? The midfielder, who moves from Internacional, has penned a five-year deal with the west Londoners as Chelsea look to increase their creativity.

However, with Marin and Hazard along with Juan Mata, Fernando Torres, Daniel Sturridge, Florent Malouda, Gael Kakuta and Yossi Benayoun all hungry for football (assuming they all stay), Roberto Di Matteo will have quite the challenge keeping them all happy. Still, the Blues should be a more entertaining side in 2012/13.