With the summer dilated to 6cm and the 2012/13 Premier League season beginning to crown, we thought we’d have a timely look forward at the new boys we’re eager to see in action proper come August… 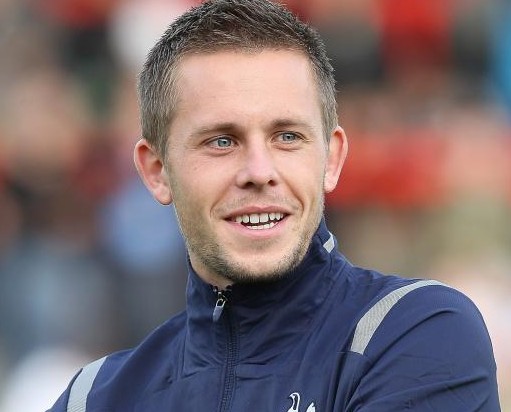 1. Gylfi Sigurdsson, Tottenham – Siggy played for Spurs, jammin’ good with Bale and Gallas and the Spiders from Mars. The Icelandic midfielder has already carried on where he left off at Swansea where he helped disrupt the Premier League betting last term, belting in a couple of pre-season pearlers for Spurs and long may it continue – though it remains to be seen just how AVB plans on crow-barring both Sigurdsson and Van der Vaart into his side once the real football farts back into life again. May we suggest a tickle fight to the death? 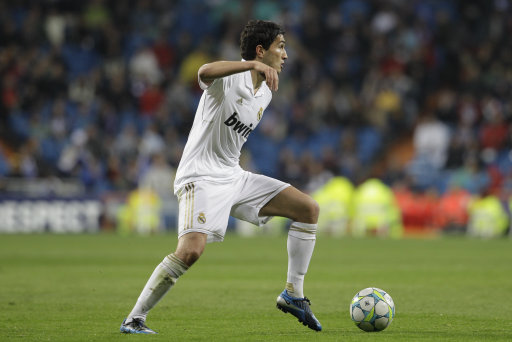 2. Nuri Sahin, Arsenal – We’re getting a little ahead of ourselves here, but a loan from Real Madrid (apparently Mourinho has told him he can go wherever he likes) is mooted to be in the offing and Sahin would be a stellar addition to the Arsenal midfield. Think ‘Denilson’ but replete with poise, composure, awareness, stamina and a firm grasp on all of football’s basic fundamental skills – so pretty much the opposite of Denilson then. 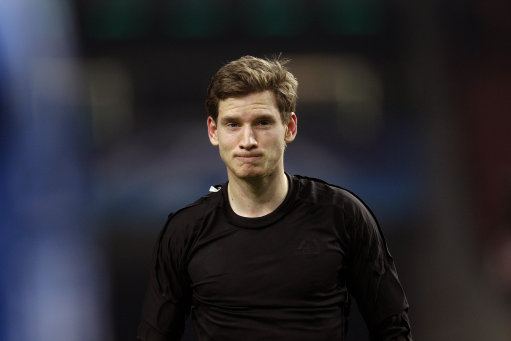 3. Jan Vertonghen. Tottenham – With the King abdicating his throne this summer due to his sandstone knees, Michael Dawson perpetually out for four months at a time every six months and the great Bongali Khumalo off to Greece, Spurs needed a bit of defensive bolstering and they don’t come much more promising than this silky Belgian bastardo – a player linked with a move to the Lane since time immemorial. A cracking centre-half no doubt, but how will he fair on his maiden outing in one of Europe’s rough-and-tumble big leagues? Fairly well, we imagine. 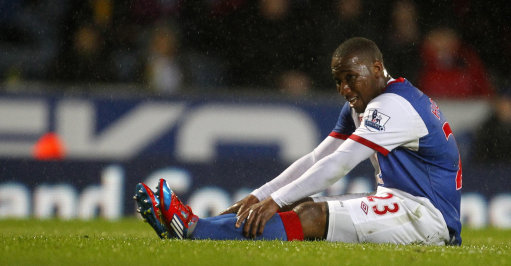 4. Junior Hoilett, QPR – It’s no secret, we don’t regard Hoilett particularly highly round these parts. A sporadic, chintzy player who was made to appear mercurial by the moribund halfwits surrounding him last year. It was telling that, despite all the agent-perpetuated hype, none of the big clubs even toyed with the idea of dabbling on him and he ended up at QPR this summer. There’s no real science or reason behind it, but we’re kind of hoping he bombs at Loftus Road. 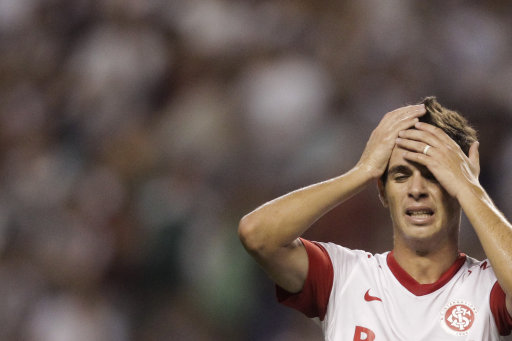 5. Oscar, Chelsea – We’ll hold our hands up and admit that we’d never heard of Oscar until Chelsea latched onto his scent a month or so ago, but it sounds like – while not strictly a bargain at £25 million – the Blues have nabbed themselves a clever, fleet-footed little so-and-so with a penchant for approach play cute enough to make you go cross-eyed and weak at the knees. 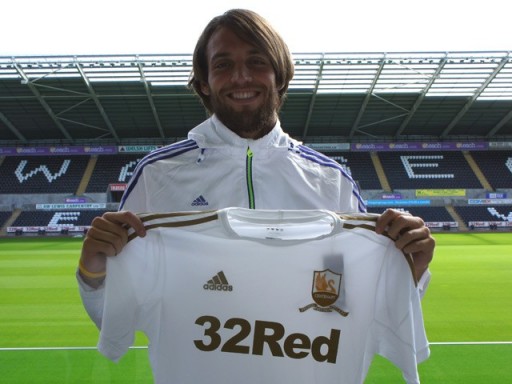 6. Michu, Swansea – Miguel Perez Cuesta, or ‘Michu’ to you and I, scored a fair few goals for Rayo Vallecano in La Liga last season, despite them being a bit a naff – finishing joint-ninth in the overall top scorer’s list on 15 goals, making him the highest scoring midfielder in the league. At just £2 million, it looks like Swans coach Michael Laudrup may have found his ‘Sigurdsson’. 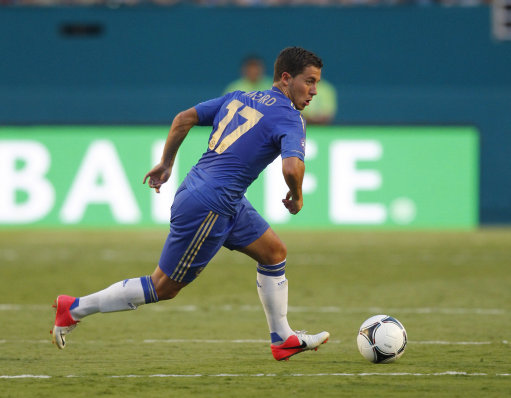 7. Eden Hazard, Chelsea – While we’re not overly sold on Hazard’s ‘£35-million player’ credentials, we will concede that he’s a terrifically exciting prospect – one we’ll be keeping a close eye on. With Oscar, Hazard, Mata, Marin and the like all feeding balls into him, surely 2012/13 will be the year that Fernando Torres gets back up around that 20-goal mark again? No? Anyone? 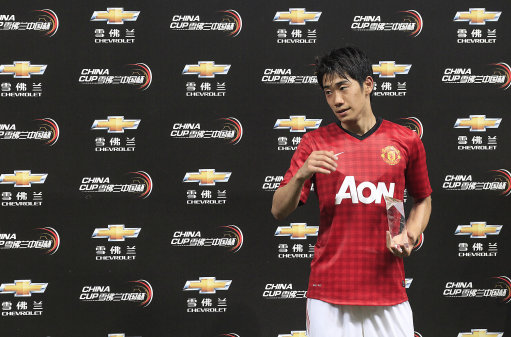 8. Shinji Kagawa, Manchester United – Strange as it sounds, it’s Bebe who’s been teasing fans by providing most of the heroics for United during their pre-season gallivanting, though it’s also been remarked that Kagawa already looks right at home at the tip of the United midfield, picking plum passes through crowded penalty areas. No ‘bedding in’ necessary, which is rather excellent news. 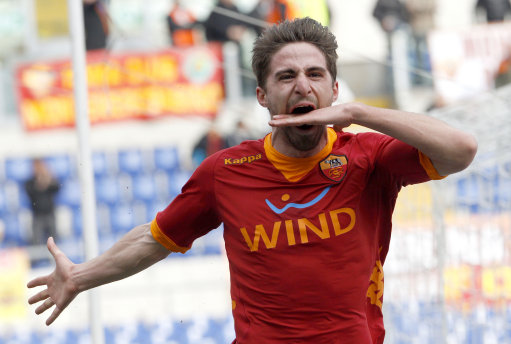 9. Fabio Borini, Liverpool – With Liverpool’s ‘goals for’ tally in fairly steep decline since 2008/09, Brendan Rodgers is putting a lot of faith in young Borini (£13.3 million’s worth of faith to be exact) to be the supplier of the ‘finish’ that seems to elude Luis Suarez and Andy Carroll all too readily. Borini briefly did the business for Rodgers with six goals in nine games at Swansea in the Championship a couple of years ago, but is still fairly green in professional terms and his stint with Roma was hardly littered with starts or goals. He’ll need to hit the ground running at Anfield. 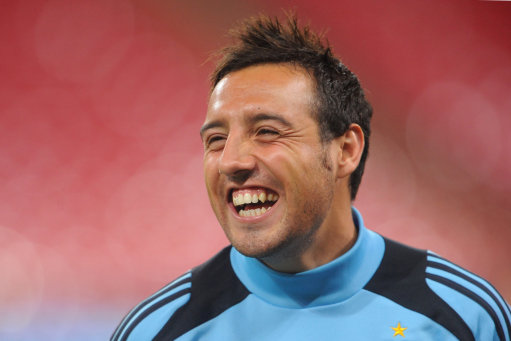 10. Santi Cazorla, Arsenal – Again, we’re jumping the gun here, but only ever-so-slightly. In fact, it would appear that Cazorla is due to sign on the dotted line at the Emirates before the weekend is out. We’ve long been fans of the diminutive Spaniard, who is properly two-footed, a set-piece dispatcher par excellence and about as fluid a technician with the ball at his feet as you’re likely to get for £16 million. With Cazorla, Sahin, Podolski and Giroud all joining, ‘summer 2012’ is shaping up to be Arsene’s finest ever transfer window from an ‘inbound’ perspective. If he can keep hold of Robin van Persie and Alex Song into the bargain, well… fuggedaboutit.

Any other newbies caught your eyes Pies fans? Who are you itching to see in action next season?