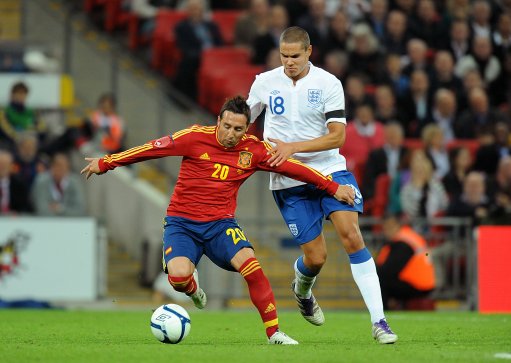 Santi Caz Is Coming To Town

Spaniard Cazorla is the latest attacker to finally join the Gunners after weeks and weeks of speculation. The Spanish international wideman only joined Malaga at the start of the 2011/12 season, but with the La Liga club in all sorts of financial trouble, despite being bankrolled by Qatari money, they are now desperate to balance the books with a few sales.

The 27-year-old Cazorla can play wide or in behind the striker, so he will offer Arsene Wenger a number of options (as well as putting Theo Walcott under pressure) in attack.

The purchase of the star, for a fee reported to be around the £13million mark (a steal if true), could be followed by a year-long long deal for Real Madrid schemer Nuri Sahin, a player Wenger has followed for a number of years. If he does make the move to the Emirates, Turkish international Sahin, a left-footed creative central midfielder, will allow Jack Wilshere to be eased back gently into first-team action after over a year out with injury.

Rumour has it that Wenger may also be targeting at least one other Malaga player, so this summer could go down as one of the best for the north Londoners in terms of transfers in some time.

However, the question remains, with Cazorla, Podolski and Giroud in the squad, are Arsenal finally serious title contenders again? While in the case of RVP, will he change his mind and stay in north London now the big signings have been made?