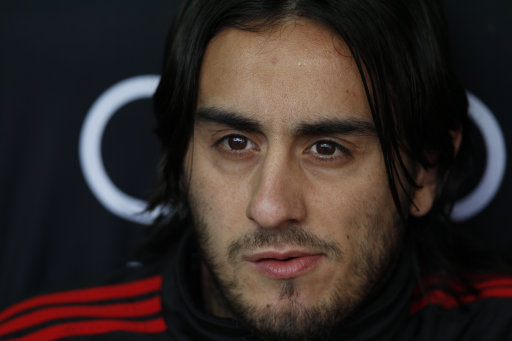 Fiorentina president Andrea Della Valle has just announced that his club have secured the signature of Alberto Aquilani, signing him up on a three-year deal worth €1.7 million a year – though he may still have a future at Liverpool if… nah, not this time. Not again.

The writing’s been on the wall pretty much ever since the day he joined and promptly spent the next 12 months nursing various recurring ankle injuries on and off. He showed glimpses of his class and several of his 18 appearances in Liverpool colours were magical, but it was just never going to happen was it?

Loan spells came and loan spells went, back and forth between England and Italy, each culminating in the same ‘maybe Aquilani has a future at Anfield this time’ spiel being trotted out on his return but it was quite obvious, despite the official line, that something wasn’t quite Chippawa and that he really didn’t want to be there on Merseyside so far from his comfort zone, i.e, Serie A. He didn’t fit. The five-year contract was a mistake.

Anyway, it’s over. It’s finally over. All we’re left with are memories, misty water-coloured memories…