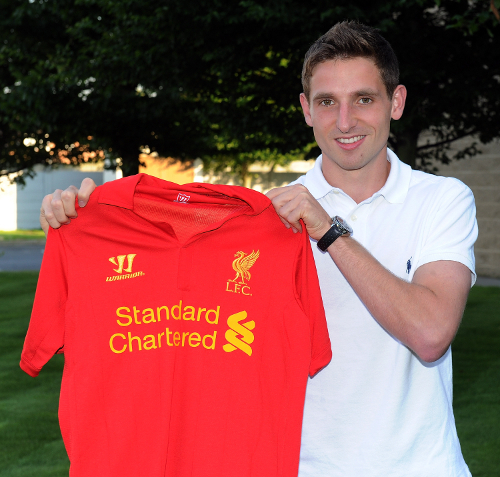 After a fair bit of too-ing and indeed fro-ing, Brendan Rodgers has finally been reunited with his favourite Welsh schemer, Joe Allen. One of the star’s of Rodgers’ Swansea success, Team GB star Allen had  been linked with a move to Anfield all summer. However, with the Olympics now over for Allen & co, the transfer could finally be completed.

Liverpool pay the Swans a reported £15million for the 22-year-old midfielder, who is clearly happy at making to move to Merseyside. He said:

“I feel incredible. Everyone knows the history of this club, it’s a massive club, and I’m delighted to have joined. The passion that people here have for football is something I share and I want to be part of that.”

“I’m looking forward to being part of some great years ahead for Liverpool.”

A very decent player and still only a youngster, Allen will no doubt add a smooth, technical touch to the Reds’ midfield. However, with Liverpool no doubt eyeing a Champions League spot next season, are Allen and fellow new-signing Fabio Borini really enough to get the Reds back into the title-chasing mix? I’m not so sure, to be honest.