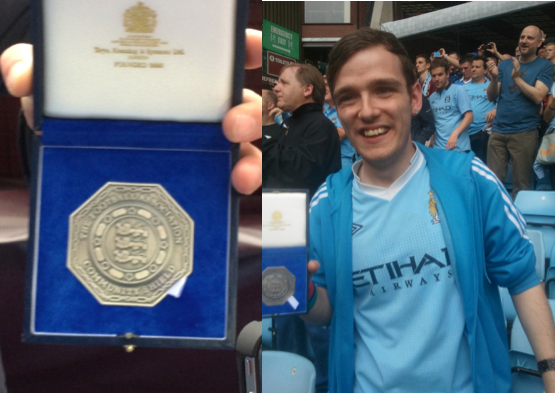 Narked at being left on the bench for Manchester City’s largely inconsequential curtain-raising Community Shield victory over Chelsea at Villa Park yesterday, a jilted Kolo Toure allegedly handed his winners’ medal over to a City fan as he sidled down the tunnel after the game – as these photos (posted on Twitter) would appear to show.

It would appear that Toure the elder’s time at City is at an end, with the Mirror reporting that the Ivorian centre-half had a few choice words for Roberto Mancini after Gael Clichy was bought on for Stefan Savic at half-time and then sat on the bench in a strop before giving away his medal at full-time.

With just 12 months left on his contract, City are thought to have received a number of bids for the 31-year old (mostly from Turkey), £3 million-rated Toure over the summer, though a raft of potential suitors have been put off by a recurring problem – getting around the ‘Wayne Bridge Effect’ by somehow matching the whopping £120,000-a-week wages Toure’s raking in at the Etihad.