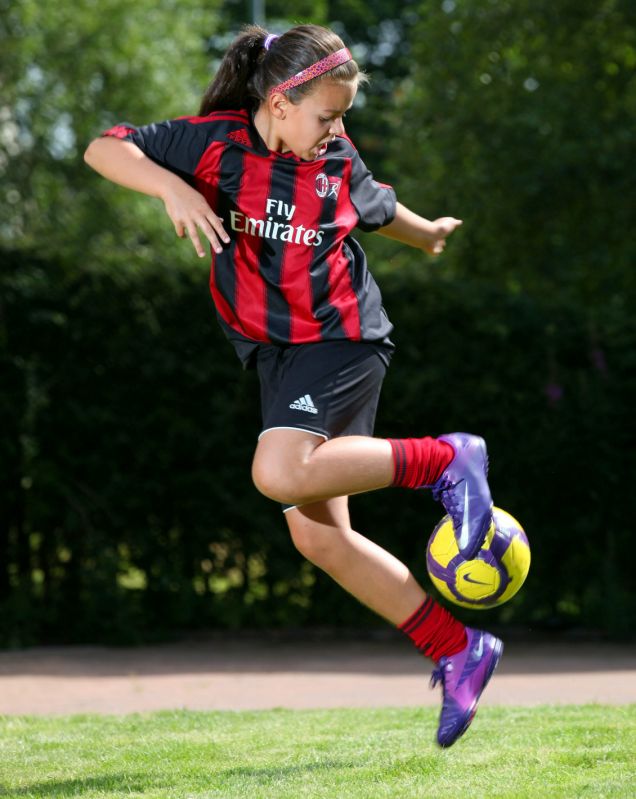 The only time wearing pink/purple boots is acceptable: On the feet of 10-year old girls

That young lassie there is Aisha Saini, the 10-year old from East Dunbartonshire who has just signed up to play for AC Milan in their annual European Academy tournament on the back of a kick-about on a family holiday to Spain.

Presumably to keep her quiet for a bit, Aisha’s parents let her play in a few kid’s football sessions at the resort in La Manga without realising that the training club had been laid on by Milan. After five days, scouts from the Rossoneri were so impressed with her technique that they asked Aisha if she fancied joining the Serie A club’s youth academy at their October jaunt – thus becoming the first girl ever to do so.

“We are so proud of her. We just enrolled her to keep her busy because we thought she might be bored. I couldn’t believe it when it turned out scouts from Milan were watching.

“The scouts said they have never asked a girl to join their academy before but they saw her play and knew immediately she would be able to hold her own among a load of boys.”

The AC Milan academy’s head coach, Daniele Paccagnan also chimed in: “We were amazed how strong she was. More importantly, she has excellent control and technique, and her attitude during practice was fantastic.”

The way things are going in Milan at the moment, we wouldn’t be overly surprised if you see young Aisha on the bench at the San Siro next season.