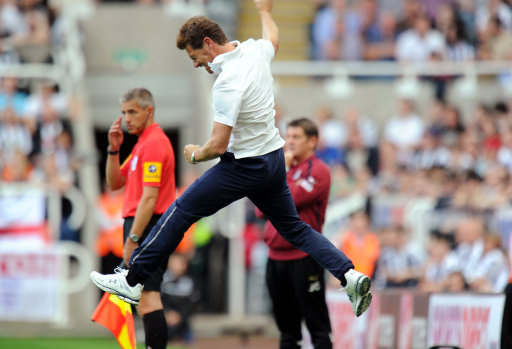 “We won’t get fooled again!”

The flawless logic of Andres Villas-Boas: Announce Michael Dawson as your new club captain, agree to sell him to QPR the very next day.

On Friday afternoon, when asked about who would be recovering the captain’s armband from the sparking heap of component parts which used to be Ledley King, AVB told a press conference:

“We have our point of reference this year, which is Dawson, and we hope to keep it that way […] Dawson will start the season as captain.”

Skip forward about a few hours and Il Nuovo Capitano fails to make the bench for Tottenham’s opening game against Newcastle amid reports that they’ve accepted a £5.5 million bid (the fee is apparently far less than the reported £9 million that did the rounds at the time) for his services from QPR.

This calls for a meme… 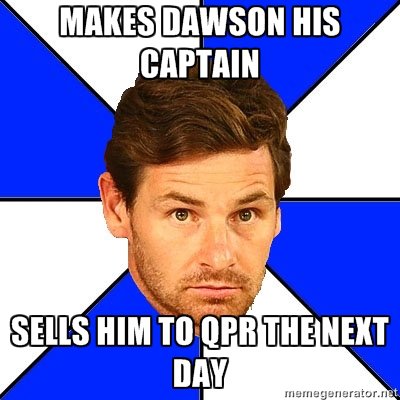 The man’s well and truly baffling at times.

While we’re on the subject, it looks like QPR are on the brink of bringing in 34-year old Ricardo Carvalho (you may remember him from the Bronze Age) from Real Madrid on a season-long loan. Presumably Pablo was unavailable?