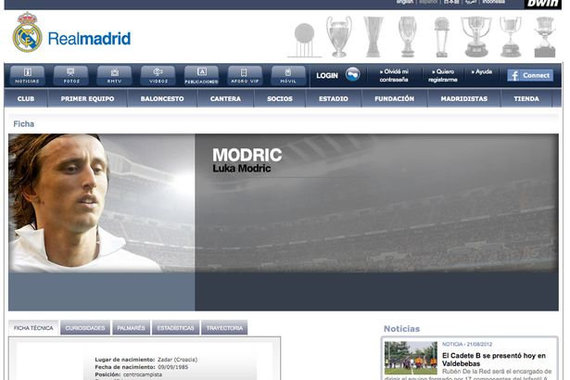 Despite the fact that ‘the saga’ is still on-bumbling, Real Madrid are obviously confident that Luka Modric will be their plaything soon enough – so much so, in fact, that their website bods pressed on with creating a profile for the Croatian on the official Real Madrid site.

After being published accidentally, the page was taken down almost immediately but not before the ‘Print Screen-ers’ of the world weaved their silken magic and captured the image for posterity.

Shortly after, Modric’s bio and stats were hastily replaced with a blank screen with the words ‘null null’ – instantly giving birth to a pithy new nickname for the spindly midfielder… 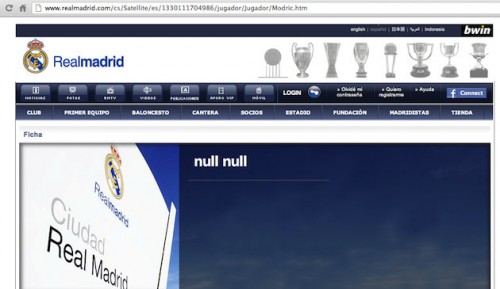 At least Madrid haven’t quite gone as far as to start selling Modric shirts in the club shop yet, eh Chelsea?