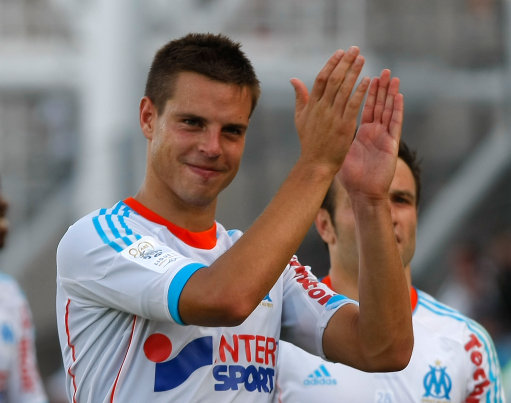 Just a quicky to let y’all know that Chelsea have just confirmed that they have completed the signing of Spanish right-back Cesar Azpilicueta (Ath-peely-kway-ter) from Marseille for the princely sum of £7 million, with the former Osasuna man signing a five-year deal at Stamford Bridge.

Oh dear, oh dear. Competition in the right-back spot? Whatever will Paulo Ferreira do now? We imagine it will largely entail just ‘sitting tight for the time being.’

It should come as no surprise to find that 22-year old Azpilicueta is a rehabilitated winger (it would seem that all full-backs are these days) and, as such, has a hankering for the overlapping run, etc, and comes highly rated – having represented Spain at every level from U16 right through to a recent berth in their U23 London Olympic squad.

Next up: Victor Moses.