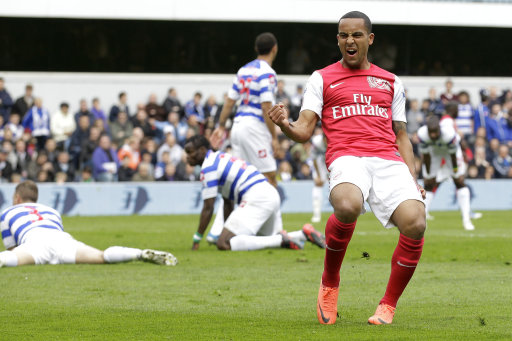 The Times reported today that the England man, who lurches between speedy brilliance and brainless mediocrity, has refused to sign an extension to his current Arsenal deal, a deal which ends next year.  Interestingly, this news broke just as Man City’s move for Swansea’s Scott Sinclair hit a few snags. Could it be that Walcott’s ‘people’ are eyeing a big money move to the Etihad?

If Walcott does leave Arsenal, it will beg the question – how can a top team continue to stay competitive while hemorraging their best players on an annual basis – Fabregas, Nasri, RVP, Song and now Walcott? It doesn’t look good, does it?

However, on the other hand, Walcott has never lived up to the initial hype. While at his best, he is unplayable and able to tear some of the best defences in the world to shreds, all too often he looks like a footballer lacking the very basics of the game. And with his technical limitations, he’s never going to be a perfect fit for Arsenal’s tippy-tappy football. Maybe selling him and buying the likes of Jesus Navas would simply strengthen the Gunners?

So, if it happens, is it a good move for the Gunners? And if not City, where could he end up? Would the self-confessed Liverpool fan move to Anfield, a club who have already been linked with a move for the forward.  But would Brendan Rodgers really want him?