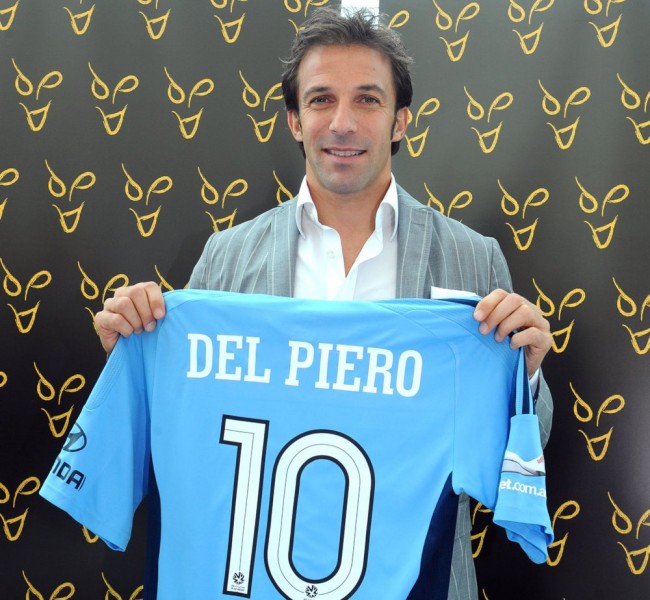 Alessandro Del Piero has signed a two-year, €2 million-a-year contract with Sydney FC, thus making the Australian A-League team only the third club side that the Italian footballing demi-god will have represented throughout his 22-year professional career.

Said The Delp at his unveiling press conference:

“A lot of clubs contacted me, Italian teams too and I thank all of them. Today my new adventure starts and my emotions are mixed. I hope Australian people love football.”

If rumours are to be believed then Southampton, Tottenham, Celtic and Montreal Impact all missed out by the skins of their collective teeth – with Del Piero himself also admitting to have been ‘surprised’ at receiving a phone call from Liverpool on deadline day.

Him and every other spare striker in the known universe.