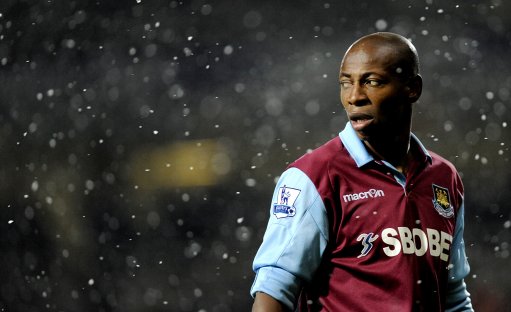 Never quite living up to his initial, fleet-footed promise, Portuguese wideboy Luis Boa Morte still managed to carve out a decent career at the top level, enjoying spells with Arsenal (where he won a Premier League winner’s medal), Southampton, Fulham and West Ham along with a few of them foreign diving cheating teams abroad and that. Well now, at the ripe old age of 35, Boa Morte has penned a short-term deal with the rather less glamorous Chesterfield, who currently find themselves 13th in League Two.

Chris Turner, the Spireites’ Chief Exec, is rather excited by the deal, which lasts until January, saying:

“It all happened very quickly. It’s an absolutely exceptional signing for the club.”

“Mark Crossley (goalkeeping coach) played with him at Fulham and bumped into him at a reserve game and asked if he was playing for anyone. He’s fit and he’s ready to go. He might not be able to play a whole game but he is certainly ready to make an impact.”

Why can’t he play a full game? Hopefully a lack of match fitness rather than an increased girth. Anyway, Boa Morte, which is Portuguese for ‘flatters to deceive’, could make his debut at the weekend against Dagenham & Redbridge.

Here’s a compilation of Boa Morte’s best moments for the Cottagers, put to the music of Santana, for some reason. Oh, and check out the first comment below the video – “I love Boa Morte cuz of his name….f*****g great name. BOA MORTE!”. That’s punditry worthy of a place on the MOTD sofa.