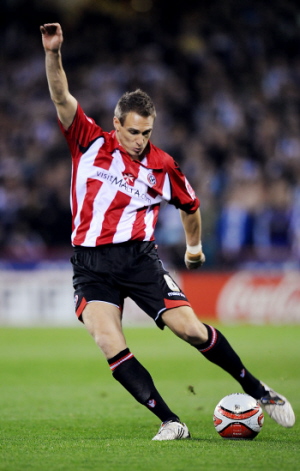 Hands up anyone who wants to leave?

Sunderland have confirmed their capture of Sheffield United defender Matthew Kilgallon last night for an undisclosed fee (believed to be in the £2 million region). The 26 year old has joined The Black Cats on a three-and-a-half year contract after snubbing interest from Burnley and Everton.

The former England U21 centre back will be inelligible for Sunderland’s FA Cup fourth round visit to Portsmouth on Saturday, as he is cup-tied after turning out for The Blades earlier in the competition.