With reports today that Montpellier defender Mapou Yanga-Mbiwa may have dodged his medical at Newcastle (UPDATE: due to bad weather it would appear!) and looks like becoming the second potential signing in a week to duck out of joining Toon at the eleventh hour to pootle off elsewhere (the first being Loic Remy), we thought we’d have a little looksie at a few other players who had last-minute changes of heart on their big day… 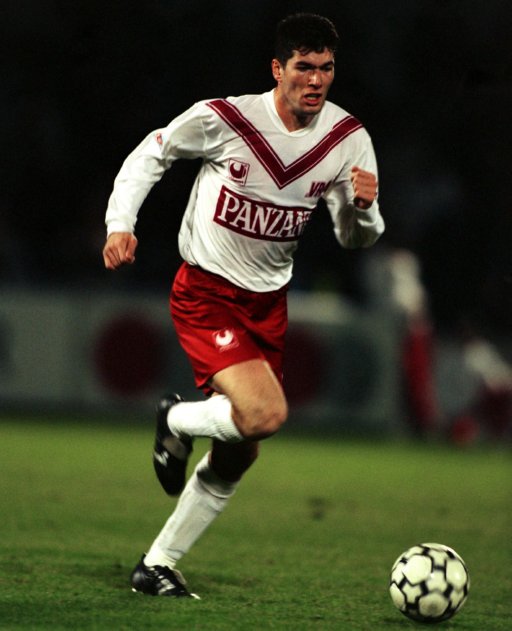 1. Zinedine Zidane, Blackburn Rovers: The year was 1994 and 23-year-old Zidane was making his international debut for France despite a middling season for Bordeaux. With many questioning the merits of having him in the squad, Zizou scored twice having come on as a substitute to earn Les Bleus a 2-2 draw with the Czech Republic, and ears began to prick up.

In the crowd that night was one Kenny Dalglish, then-manager of Blackburn Rovers. As the reigning Premier League champions, Rovers were looking to bolster their squad using a bit of the clout brought on by their newly-gained prestige. Kenny picked out Zizou as the man he wanted and passed on his recommendation to owner Jalk Walker, who then uttered the immortal line that has haunted him ever since: “What do you want to sign him (Zidane) for? We’ve got Tim Sherwood”. 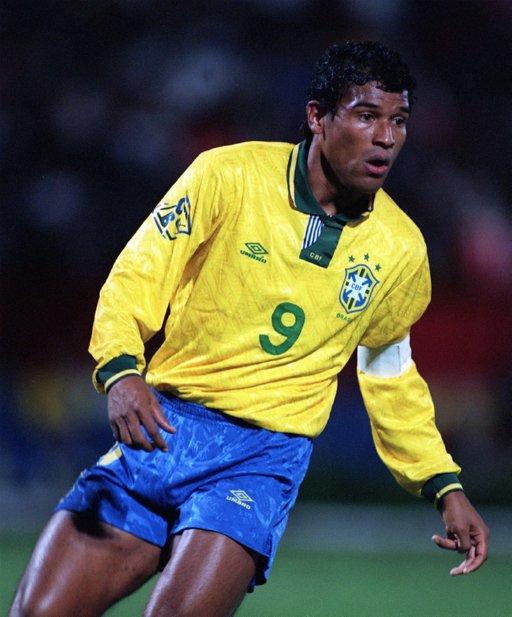 2. Muller, Everton: Once again the year was 1994, and Everton manager Mike Walker was dangerously close to securing the signature of Brazilian international striker Muller (who was in Brazil’s squads for the 1986, 1990 and 1994 World Cups, though was out-shone by La Selecao’s more stellar talents) on a cut-price deal.

Everton even got as far as organising a press conference to officially announce Muller’s signing before a call came in from his agent to tell Walker that his client wouldn’t be joining The Toffees after all. The reason? He didn’t realise that the £12,000-a-week wages Everton had offered him were ‘before tax’ and that the club had refused to provide him with a free house as he had specified. 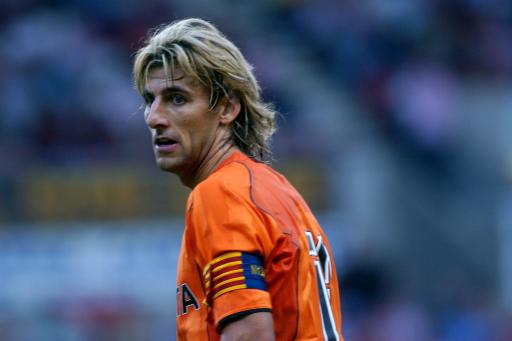 3. Miguel Angulo, Arsenal: The UEFA Cup-winning Valencia midfielder had even gone so far as passing the first part of his medical with Arsenal in 2004, before backing out of the transfer at the very last minute after – as his agent put it – becoming “overcome with fear” about moving to live in London. 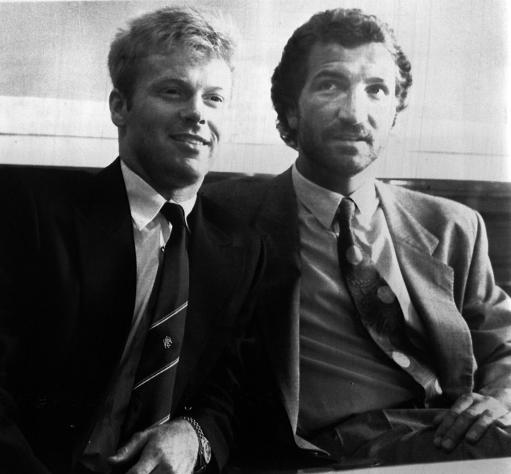 4. Mo Johnston, Celtic/Rangers: There was a time, around 1989, that Mo Johnston managed the impressive feat of being as welcome as chronic flatulence in a spacesuit on both sides of the Glasgow divide. The Scottish striker left Celtic in 1987 to try his luck in France with Nantes though returned home just two seasons later.

Firstly he was paraded at Celtic Park, holding a press conference to express that he fully intended on rejoining the Bhoys at the end of his Nantes contract, telling fans that “There is no other British club I could play for.” Skip forward a few months and Johnston – a Catholic, no less – was signing for Graeme Souness’ Rangers after they reportedly threw far more money at him. 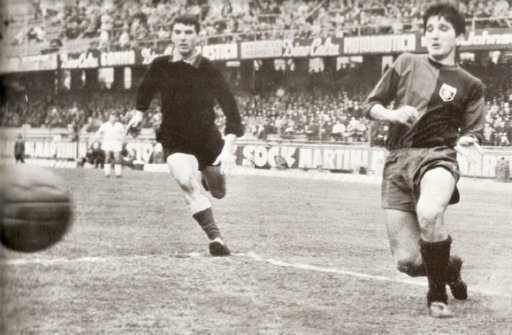 5. Gigi Meroni, Juventus: A dazzling winger who drew comparisons to George Best, Meroni was the jewel of Torino during the mid 1960s. As his star rose, it was only natural that the Old Lady down the road took notice, with Juventus submitting a bid at the end of the 1966/67 season.

The story goes that all the staff at the Fiat factory in Turin then revolted over the proposed transfer, the workers being largely working class Torino fans and the owners of the factory – the Agnelli family – also presiding over Juventus as the time.

Torino accepted Juve’s bid, but due to the threat of strikes at Fiat, the Agnellis withdrew the offer from the table. It’s all apocryphal, but it’s a good yarn non-the-less.

Tragically, just months into the following 1967/68 season, Meroni was killed at the age of 24 after being hit by a car while crossing the street. The driver was 19-year-old ardent Torino fan Attilio Romero who idolised Meroni and had a photo of him in the car. In a bizarre quirk of fate, Romero later went on to serve as Torino president. 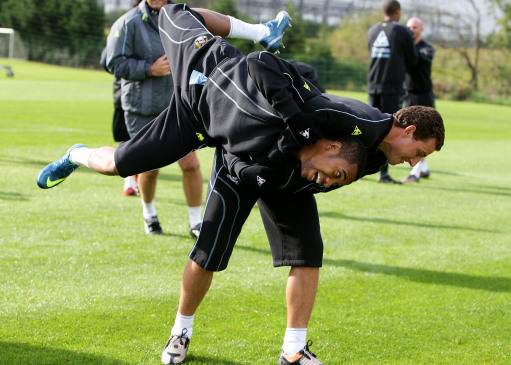 6. Robinho, Chelsea: Robinho was desperate to get the hell of of Dodge/Madrid over the summer of 2008 after rejecting a new contract at the Bernabeu. Chelsea were the first club to show an interest, though they decided to play a game of ‘transfer window chicken’ with Real Madrid – the thinking being that the Spanish club would accept any old offer in preference to being stuck with a mardy Brazilian for the next six months.

As the window wicked away, Chelsea’s chief executive Peter Kenyon said that the club were “confident” that the deal would go through, with Robinho intimating likewise. In fact, the signing was so close that Chelsea even put ‘Robinho’ shirts on sale in their club shop… 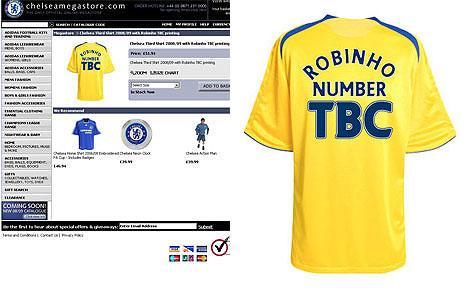 We think that’s what’s known in the trade as “counting one’s chickens” because, on deadline day, Man City slapped their big hairy balls on the table and offered Robinho an even huger contract – which he signed without so much as reading the name of his new employers.

Said Robinho at his unveiling at Eastlands: “On the last day, Chelsea made a great proposal and I accepted.” Cue mumbles in the audience and a word in his ear from a club PR bod, “Yeah, I meant Manchester, sorry!” 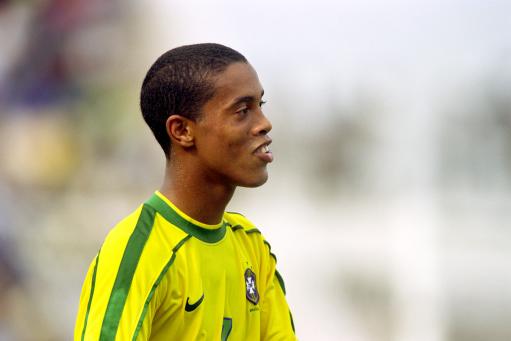 7. Ronaldinho, St Mirren: Having already agreed to move to Europe with Paris Saint-Germain in the summer of 2001, Ronaldinho was looking to leave Gremio early on a loan deal to help acclimatise himself to the European lifestyle. Strangely, he chose the outskirts of Glasgow as the perfect climes in which to do this.

Ronaldinho agreed to a short stint at St Mirren, though a delay in the fax network caused by his involvement in a fake passport sting meant that his international clearance wasn’t released by the Brazilian FA in time for the move from Gremio to be finalised before the transfer window closed.

One of football’s great ‘what ifs?’ 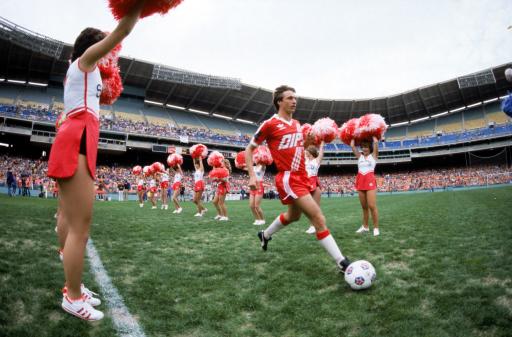 8. Johan Cruyff, Leicester City: Having bought himself out of his contract at the Washington Diplomats, 33-year-old Cruyff was intent on joining a European club in a bid to enhance his chances of making Holland’s 1982 World Cup squad – the club was the old First Division’s bottom side, Leicester City.

The Foxes offered Cruyff a colossal £4,000 per game which he verbally accepted, though a last-minute gazumping bid from Levante (who offered him a quarter of all gate receipts on top of his wages) as Cruyff flew into Valencia airport on his way back from The States saw Jopie opt for Spain’s second division – where, it’ll please Leicester fans to know, he was an unremitting failure. 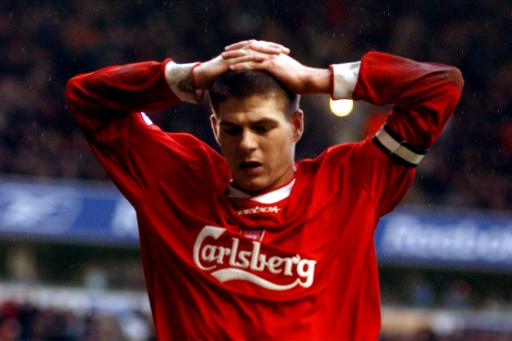 9. Steven Gerrard, Chelsea: Having realised that he was never going to win the Premier League with Liverpool, Gerrard had his head turned when a £20 million offer from Chelsea was lodged for him in June of 2004 – a month after The Blues had finished runners-up behind Arsenal’s Invincibles in their first year with Abramovich’s countless riches at their disposal.

The following summer, with Chelsea having won the title under Jose Mourinho, another bid came in for Gerrard, this time of £32 million. Gerrard submitted a transfer request to help force a move through, but had a swift change of heart when he and his family began receiving death threats and seeing his replica shirts being burned by maniacally possessive Liverpool fans on live television. 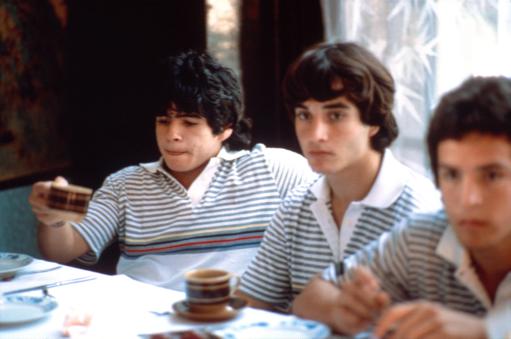 10. Diego Maradona, Sheffield United: Outside of his homeland, the quickest off the mark in spotting Maradona’s burgeoning talent in 1978 was the unlikely figure of Sheffield United manager Harry Haslam, who had singled out Diego and Argentinos Juniors teammate Alex Sabella on a scouting trip to South America.

Haslam agreed a £400,000 fee with Argentinos for Maradona, but the Sheffield board banded together and vetoed the bid as they didn’t think the player was worth the money, though they did sanction Haslam to spend £160,000 on Sabella – who, in fairness, became a bit of a cult figure at Bramall Lane, but – y’know? Maradona.

Of course, there are many, many more ‘nearly’ transfers (Di Stefano, Shearer, Gazza, Le Tissier) that didn’t quite make it to fruition for one reason or another.

Any of the Pies fans out there have any personal favourites they want to share with the group?