QPR owner Tony Fernandes has today pointed the not-so-subtle finger of blame in the general direction of one Leslie Mark Hughes, blaming a raft of “questionable early signings” on the club’s current malaise.

Having gained a bit of a reputation for being a tiny bit pap at dabbling in the transfer market over his years in management, we thought we’d have a look at the “top” XI of the worst deals Sparky has ever thrown other peoples’ money at since first taking the reigns at Blackburn in 2004… 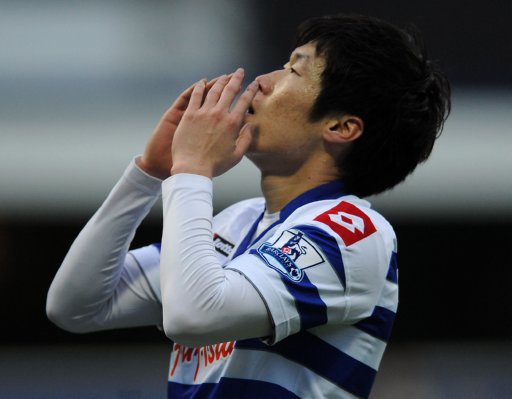 11. Park Ji-Sung, QPR (£2 million): Park built a solid reputation at Manchester United as being Fergie’s go-to guy when he needed someone to just run around like a blue-arsed fly. Sadly, that’s not enough when you’re playing in a struggling team that can’t string more than a few passes together. Hence, floppage. 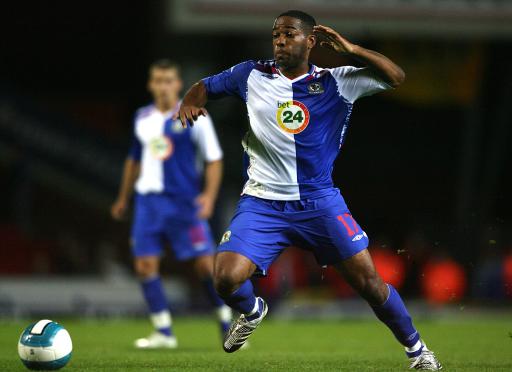 10. Maceo Rigters, Blackburn (£400,000): Now fair enough, Blackburn were operating on a relatively tight budget and spending a speculative four-hundred grand on a promising Dutch U21 international wild card didn’t seem overly profligate at the time – there was just one problem: he wasn’t very good. At all. Rigters spent the next three-and-a-bit years on Rovers’ books and made three appearances for the club in that time, going out on loan season-after-season until his contract finally expired and he toddled off to the A-League. 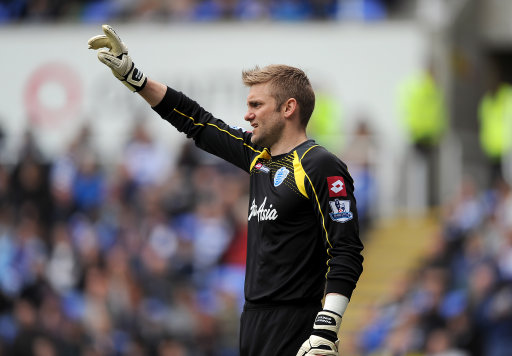 9. Rob Green, QPR (£0): With Championship ever-present Paddy Kenny deemed not up to Premier League scratch, Hughes signed Green from West Ham (on fairly hefty wages if reports are to be believed) to be the man to keep the finest attacks in the country at bay. One week later he signed Julio Cesar and Green was instantly demoted to the bench, apparently being told by Hughes that “he could leave whenever he wanted“. We’re not saying that Green was a bad signing in and of himself, just that the conditions under which he was signed smack of “12-year-old Football Manager novice”. 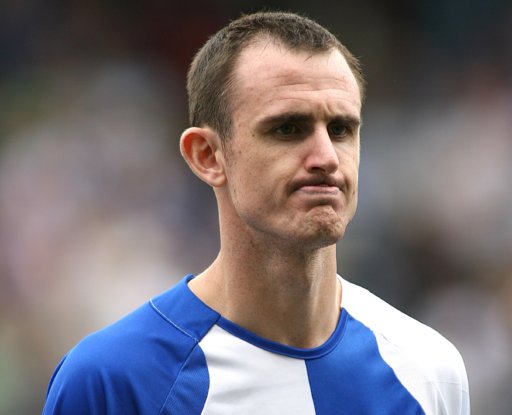 8. Francis Jeffers, Blackburn (£0): Though he did actually manage to get off the mark by scoring in the UEFA Cup against FC Basel, Jeffers managed a paltry ten appearances for Rovers as his career continued to slip down the pan following a bright start at Everton many moons before. His brief, entirely unremarkable spell at Ewood confirmed what many already knew to be true: Franny was over before he had begun. 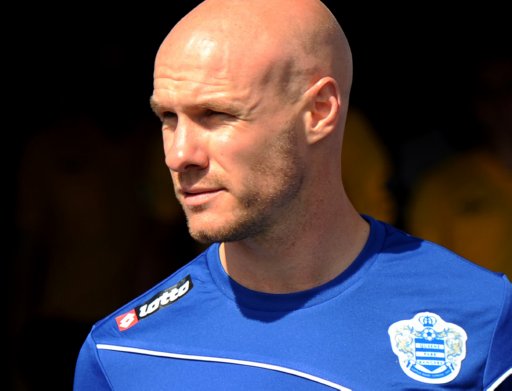 7. Andy Johnson, QPR (£0): Let’s face it, even with the wind behind him and the remote chance that he could muddle through a year without succumbing to one chronic injury or another, Johnson – a Championship-level striker if there ever was one – is never going to be the man to keep you in the Premier League. 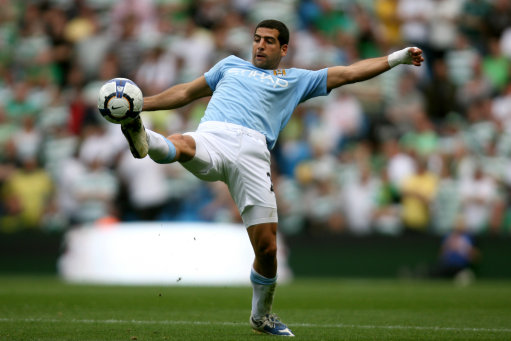 6. Tal Ben Haim, Man City (£5 million): How does this guy keep getting work? (Answer: because Harry Redknapp is still allowed to manage football clubs). The plod-along Israeli centre-half managed just nine appearances for City after becoming Hughes’ second ever signing ahead of the 2008/09 season, before being sent to Sunderland on loan where he was equally dismal. 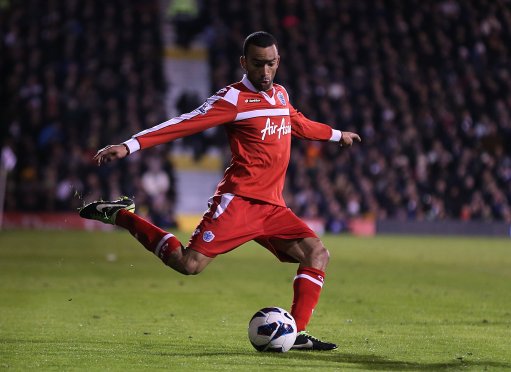 5. Jose Bosingwa, QPR (£0): You could kind of the see the logic, in that Bosingwa was a fairly reliable right-back at Chelsea in his salad days – but that was a long time ago in footballing terms. Instead, QPR got themselves the Bosingwa who had made his money, won his medals and was now looking to wind down in gormless lethargy on massively disproportionate wages. One of many substandard players signed on huge contracts, the fact that Monobrow McCoy has stuck out and since become the poster boy for the club’s utterly embarrassing 2012/13 is testament to just how shite he’s been this season. 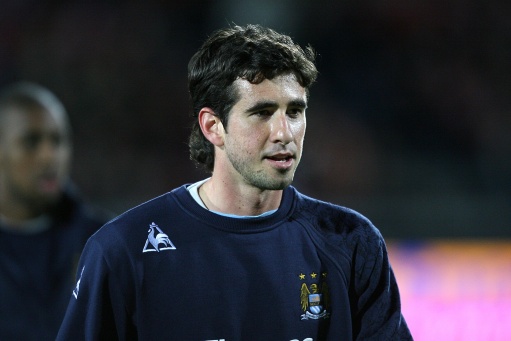 4. Glauber Berti, Man City (£0): A free signing from Nuremberg on the very day that Sheikh Mansour made Man City the richest club on the surface of the Earth, and City still didn’t get their money’s worth out of the instantly forgettable Brazilian left-back. Made one appearance for City, coming on in the 84th minute against Bolton, giving away a chance and then subsequently having every single one of his touches cheered ironically by the City fans. 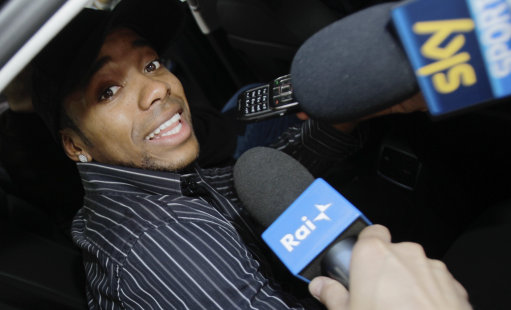 3. Robinho, Man City (£32.5 million): With the Sheikh eager to bring in some marquee names to stud his new plaything, Hughes was allowed to really start chucking money around willy-nilly like an epileptic man at a cash machine. In his haste to get the hell out of Real Madrid, Robinho clearly didn’t really want to sign for newly-loaded City but they soon became his only option. Though he managed a decent goal haul, the Brazilian winger seemingly couldn’t care less where he was during his entire time at the club; playing like the expensive, spoiled, sporadically interested, fair weather, pussy-footing little mimsy he’s since been found out to be. 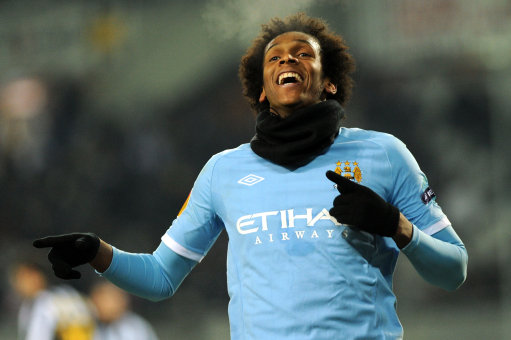 2. Jo, Man City (£19 million): Definitely more interested in co-ordinating his gloves and snood combos than he was in putting in the hard yards up front. Hughes spent a vast wodge of cash on the Brazilian “striker” on the back of the buzz he was creating at CSKA Moscow, but it all went tits-up fast, fizzling to nowt as soon as he was comfortably on board the City gravy train. He really was the pits. 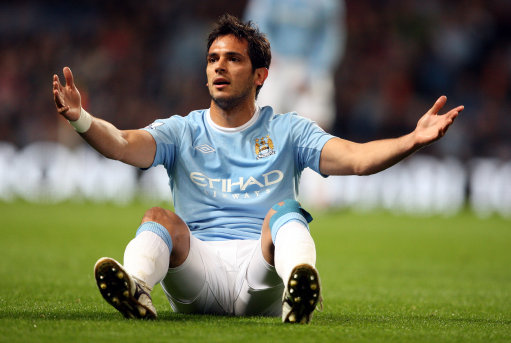 1. Roque Santa Cruz, Man City (£17.5 million): He’d clearly peaked, but still Hughes went big to capture his favouritest Paraguayan in the whole wide world when he raided former club Blackburn for Santa Cruz in 2009. Santa Cruz went on to bag a mighty three goals for City before being farmed out on loan around Europe for the next three years to varying degrees of mediocrity. Here’s a shocker: though his contract is up in a few weeks time, Santa Cruz is still technically on Man City’s books. Wow.

Sparky Mark Hughes: Never has one man spaffed so much cash on such tosh. Agree/Disagree? Any rotten signings we’ve missed? Feel free to tell us how rubbish we are in the comments box below…