Dortmund played Bayern Munich in the Bundesliga on Saturday evening and, as well as being a sneaky little preview of the Champions League final, the game marked the first meeting between the two sides since the announcement that Dortmund fledgling Mario Götze is to join Bayern at the end of the season. 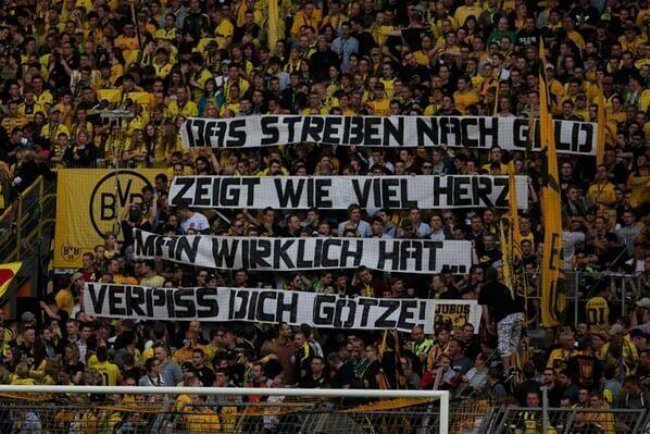 “The pursuit of money shows how much heart you have. F**k off Götze!”