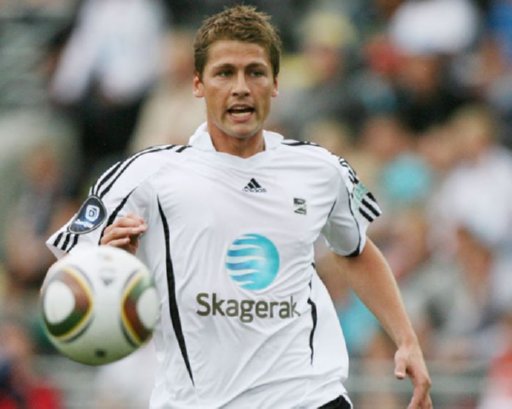 Rather than the usual fatuous guff that lottery winners tend to spluff their winnings on, Norway’s record winner has used a portion of his haul to buy a 25% share in a professional footballer to help his local side hold on to the player as they struggle to make ends meet.

Yngvar Borgesen recently won more than 102 million Norwegian krone (about £11.5 million) on the Eurojackpot lottery, and has put 2.5 million krones (about £280,000) of it towards buying a quarter-share in Odd Grenland defender Fredrik Semb Berge so that his beloved side won’t have to sell the promising 23-year-old centre-back to merely balance the books.

Borgesen told Norwegian newspaper Verdens Gang: “I sat and thought about what I could do locally, and the answer was Odd. They have a good profile and mean a lot for the local community.”

Odd Grenland, who are 14th in Norway’s 16-team top flight, said in a statement that in return for his investment Borgesen would receive 25 percent of any future transfer sum for Semb Berge, who made his senior international debut for Norway in January against South Africa.

The player told Verdens Gang: “He’s a very nice guy who thought it was good to help, so I think this is positive. It means that Odd can get more money for me and that they don’t have to sell me at any price.”