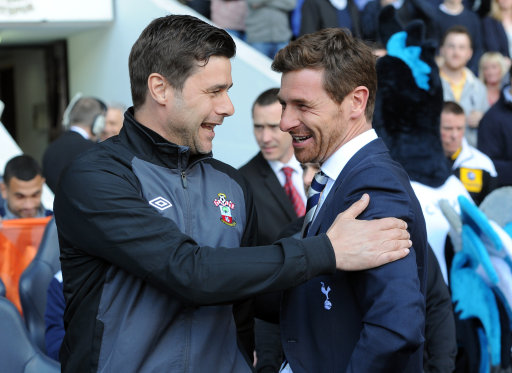 The Leandro Damiao Fetishist Club arrive for their annual meeting

Southampton manager Mauricio Pochettino has already completed an impressive piece of business this summer by tempting Dejan Lovren from Lyon to St Mary’s, but it looks like the Saints are going big in their efforts to kit out their squad for next year’s Premier League tilt.

According to their boss, there are three big, expensive names occupying the top spots on the Saints’ shopping list: perennial Tottenham target Leandro Damiao, Valencia midfielder and Argentina international Ever Banega (aka, the man who ran himself over and lived to tell the tale) and a man who was being linked with a move to Manchester United not so very long ago, Celtic destroyer Victor Wanyama.

“We are not interested in 15 or 20 players. We are interested in maybe two or three key players. At the same time, I also want to say our squad at the moment is really good and it is not like we are trapped in the sense that we need these players to be a better squad.

“We manage a lot of information about very good players. One of them is Damiao, also Banega and also Wanyama.”

Some mighty impressive names in there all right though, of course, it remains to be seen if Southampton and Pochettino are able to lure them to a relatively unillustrious club on the south coast of England that they’ve likely never heard of before.