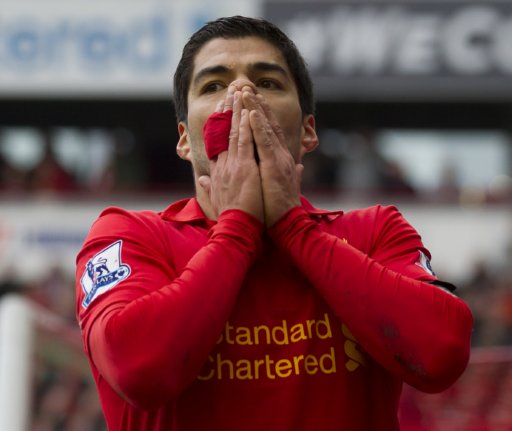 Surprising news first thing this morning in that Liverpool have hunkered down and knocked back a not-insignificant £30million bid for Luis Suarez from none other than Arsenal, and with the BBC reporting it it’s fairly certain that this isn’t you’re average spurious tabloid transfer hoo-ha.

Apparently Arsenal went all “Billy Big Balls” and made an approach to Liverpool late last night, wafting the £30million underneath their noses and winking promiscuously, but the bid was “immediately rejected”.

We know Suarez is trying to forge himself an out at Anfield this summer, but we’d just like to point out at this juncture that the English media which he so despises also tend to cover the North London/Islington area – not that we think anymore will come of this for even the slightest fraction of a second.