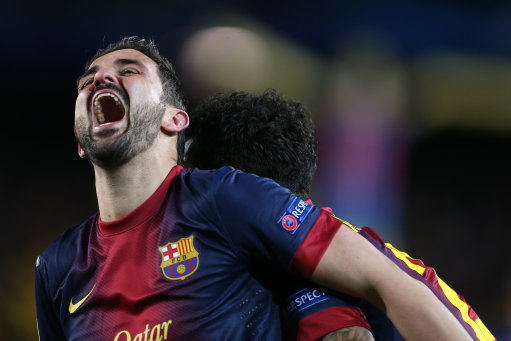 Atletico Madrid have just have snagged themselves a hell of a bargain after announcing that they’ve agreed a deal with Barcelona for the Spanish striker that will see them parting with £5.1million, and that’s only if Villa stays at Atleti for the next two seasons.

Regardless of whether Villa is on the wain at the grand old age of 31, that’s a stone cold B-A-R-G-A-I-N. There’s plenty of goals left in the decrepit old codger yet!

Apparently, rather than the reported £4.4million price being bandied around, the initial fee is a piffling £2.1million for Villa, with Barca due an extra £2million if he stays at Atletico until 2015, and a further £1million if he stays until 2016. According to fairly well-placed reports coming out of Spain, Barcelona will get 50% of any sale if Atleti then decide to flog Villa on at any time before then.

This must all come as a bit of kick in the danglies to Tottenham, who had their little hearts set on nabbing Villa this summer by all accounts and were thought to be close to agreeing a deal with Barca, only for Atletico to steal their man for shrapnel.