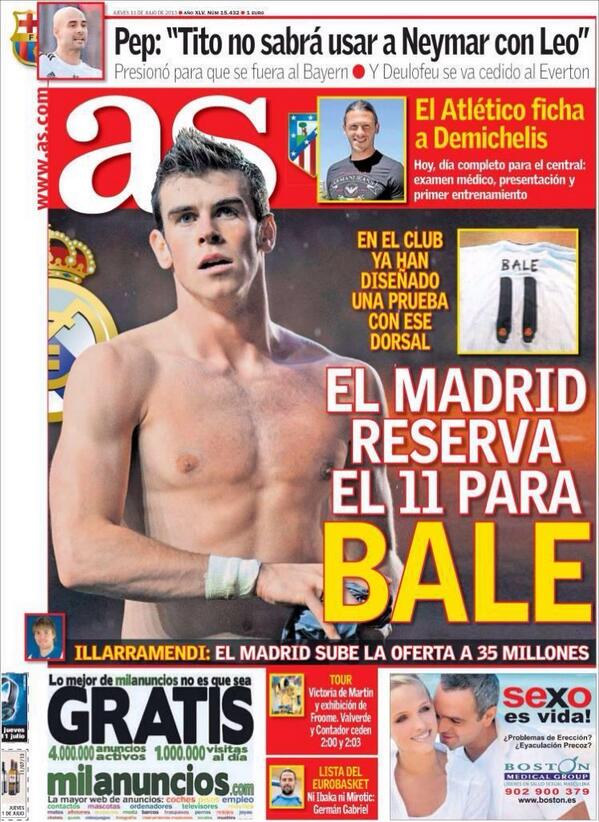 According to the delightful shit-stirrers over at AS, a mocked-up “Gareth Bale, No.11” Real Madrid shirt has been found at the Bernabeu, which the feverishly pro-Real Madrid newspaper claim was commissioned by club executives.

This obviously – obviously – means that Madrid are still hell-bent on prising Bale from Tottenham this summer, and are so confident that they’ll get their man that they went ahead and drafted him up a shirt (therefore reserving it for his arrival) before just casually leaving it lying around at the stadium, as you do.

We can only imagine Florentino Perez just wanted to know what Bale’s shirt would look like –  a bit like the scene in ‘The Talented Mr Ripley’ where Jude Law walks in on Matt Damon dressed up in his clothes and affecting his mannerisms, only with Zinedine Zidane walking in on Florentino Perez running around the Bernabeu boardroom wearing a full “Bale” Real Madrid kit and doing “love heart” goal celebrations to himself in the mirror.

What a crock of bum chutney.