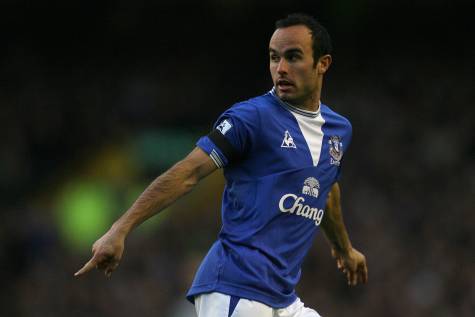 Everton manager David Moyes has admitted that the impending MLS player’s strike could afford Landon Donovan a few extra weeks at The Toffees.

The American forward has quickly become a crowd favourite during his short spell on loan at Goodison from Los Angeles Galaxy, but Everton’s game on Saturday (away at Birmingham City) is scheduled to be his final game before returning to The States.

However, MLS players voted yesterday to strike if a revision to their terms of employment isn’t agreed upon before the first game of their season on March 25th.

If the players do go on strike, Moyes told a press conference today that Everton “can keep Donovan” if LA Galaxy are willing to allow a short extension.