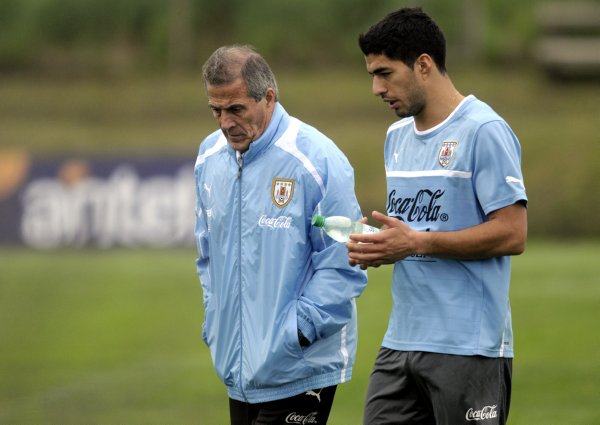 In an interview with Montevideo-based radio station Sport 890, Uruguay coach Oscar Tabarez has apparently revealed that Barcelona have had a long-standing deal in place to sign Luis Suarez from Liverpool since November of last year.

With the translation appearing on Reddit/LiverpoolFC this morning, Tabarez reportedly claimed:

“Luis had told me about the Barcelona interest in November last year a few days before the Jordan match (20th November 2013).

“At that time the talks between Liverpool and Barcelona were very good and an agreement was arranged back then.

“After the amazing season he had Liverpool did not want to sell him understandably and they began to back out of the deal they made with Barcelona in November last year.

“Luis got word of this a day after the victory against England. He was a changed man, he got upset and his head was elsewhere.

“He could barely train with the rest of the team. I had to have him train with a different group from the main squad.”

Coincidentally, Suarez then went and signed his gigantic new four-and-a-half-year/£200,000-per-week contract with Liverpool the following month –  complete with the £75million (or thereabouts) release clause that Barcelona are currently in the process of activating.