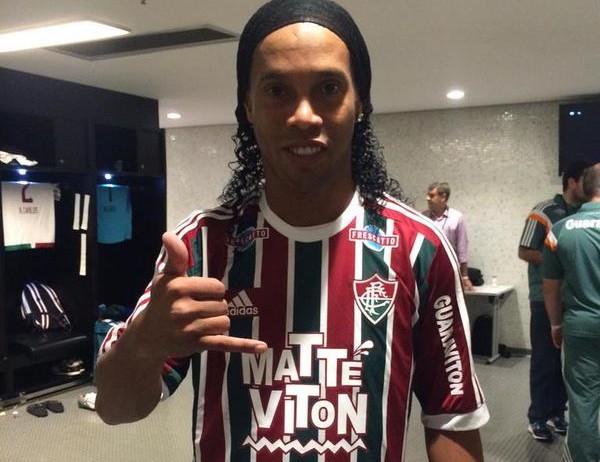 After an 11-month jaunt in Liga MX with Queretaro, the great Ronaldinho travelling circus has returned from whence it originally came after its 35-year-old ringmaster agreed a deal to join Brazilian side Fluminense a week or so ago.

Obviously starting as he means to go on, Ronaldinho was almost an hour late to his grand unveiling on Sunday afternoon, which took place shortly before kick-off of the Rio de Janeiro-based club’s big derby against local rivals Vasco da Gama at the Maracana.

Indeed, the ex-Barcelona forward showed up 48 minutes late to his introductory press conference, yet still promised those in attendance that he is 100% committed to the Flu cause.

“I got emotional. I come very motivated, happy with the expectation that I can make history with this great club, that’s the project, now I must to work hard to make history in this club,” Ronaldinho waffled.

“I just want to grab my shoes and play already. To come here and see this beautiful stadium, fans showing me so much love, my legs are already shaking with a desire to play. I want to get there and be really prepared.”

All well and good Ronny, though we’ve heard all this before, haven’t we?