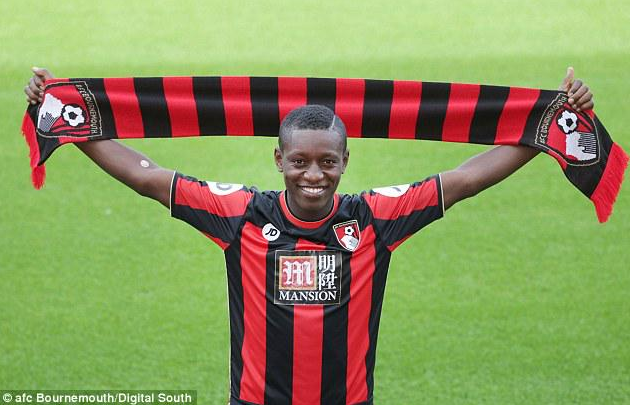 Bournemouth have complete the signing of Max Gradel from Saint Etienne for an initial fee of around £7million.

Gradel has signed a four-year deal and represents Eddie Howe’s seventh signing of the summer window so far.

The 27-year-old Ivory Coast winger has actually played for Bournemouth before, enjoying two separate spells at the club on loan from Leicester City during the 2007/08 season, hence…

This deal has gone through today despite Gradel himself announcing that the whole thing had collapsed just 24 hours ago.

Through tear-stained eyes, he told Eurosport:

No, it has collapsed. [Saint Etienne] had agreed with Bournemouth, but then asked me to pay for something from my pocket and blocked me.

I totally disagree with this. I simply ask Saint-Etienne to agree with Bournemouth without asking anything from me.

They blocked me for €10million and I know that the two clubs agreed for a transfer of €9million including bonuses, but I do not totally control all amounts. It is unprofessional to ask me for money.

I took the risk of playing in the Europa League. And to thank me, they asked me for money. This is not normal.

By hook or by crook he’s managed to get himself to Dean Court anyway, so all’s well that end’s well.