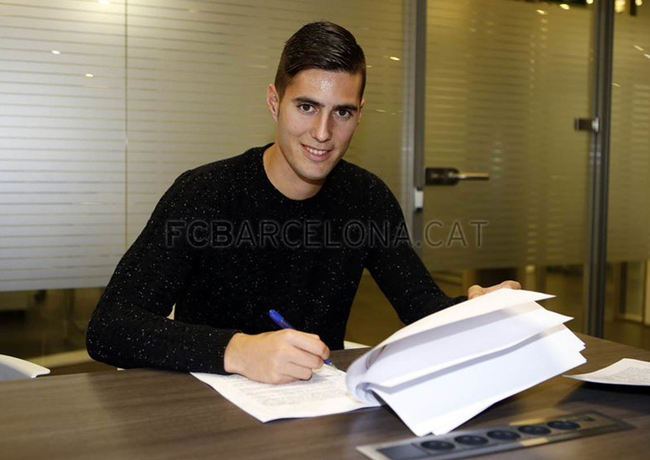 “Well, it was fun while it lasted”

Barcelona have announced that they terminated the contract of Sergi Guardiola just two hours after the young midfielder signed for their B team after discovering a series of “offensive tweets” dating back to 2013.

The 24-year-old, who is no relation to Pep, was photographed signing his one-and-a-half-year contract on Monday afternoon. Two hours later, the paperwork had been pulped.

According to the Guardian, the aforementioned tweets were found to be “offensive towards the club and Catalonia”. Apparently one simply read “Hala Madrid!” – a phrase commonly used by supporters of Barca’s fierce rivals, Real Madrid.

UPDATE: The Tweets are visible here. They’re in Spanish, but it doesn’t take a fluent grasp of the language to realise there’s an awful lot of “F**k Catalonia” going on.

I know I made a mistake. I apologise to Catalonia and Barcelona. I understand the decision, I’d do the same.

I want to make clear I didn’t write those tweets. A friend took my phone and did it.

It’s a misunderstanding. The tweets are from 2013, a joke from a friend, I didn’t even know the tweets existed.

Seems a little harsh to us, but standards are standards.