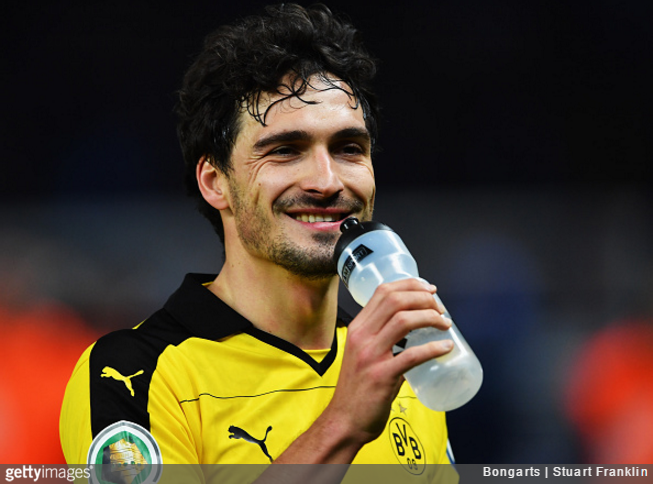 Borussia Dortmund have issued a statement on their official website that they will not stand in Mats Hummels’ way should he opt to join Bayern Munich at the end of the season.

After weeks of rumbling in the German press, it has been confirmed that Hummels, a product of the Bayern youth system, has informed Dortmund that he is seeking to move back from whence he came.

Dortmund have reluctantly agreed, provided the Bavarians lodge a suitable bid for the centre-half.

The statement reads as follows:

Mats Hummels has communicated his desire to leave the club in the summer and join league rivals Bayern Munich next season.

Borussia Dortmund’s board has decided to make such a change depending on whether Bayern Munich produce an offer of the right value. So far, Bayern Munich have not made an offer.

It is pointed out that no exit clause has been agreed and the player is tied to Borussia Dortmund until June 30, 2017.

Unsurprisingly, Hummels has attracted an awful lot of grief from Dortmund fans who are distraught at seeing yet another intrinsic member of their team up sticks and leave for Bayern.

Word on the wire is that Hummels is keen to return to Munich for family reasons – a rumour perhaps given extra credence by the fact that he doesn’t want to join any other club.

However, for a man who had some less-than-complimentary things to say about former cohort Mario Gotze when he left BVB for FCB in the summer of 2013, it’s proving a little hard to take in.

Sadly, for Dortmund players looking to move up in the world but remain in the Bundesliga, there’s really only one option.