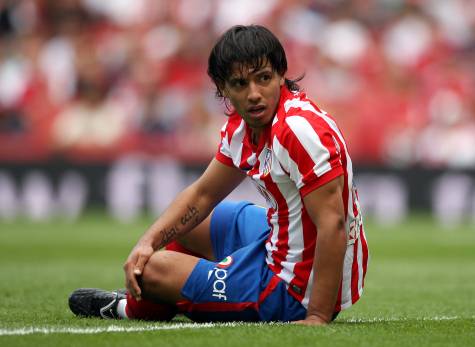 Atletico Madrid star Sergio Aguero has broken his silence and admitted that he’d welcome a move to Chelsea.

The Argentinian striker has been linked with moves to almost all of Europe’s major clubs, but his recent comments look to have put Carlo Ancelotti’s side back in pole position in the race to sign one of world football’s hottest properties.

Manchester City, Real Madrid and Inter Milan have all expressed an interest in the £45-million-rated 21-year-old, but Aguero has seemingly made his preference clear;

“Chelsea are a great club. They have become one of the most feared in Europe over recent years. I look at players like Didier Drogba and Frank Lampard and they have been – and still are – the best players in their positions in the world. I could really learn from players like that, there is no doubt.

London would be a really amazing city to live in as well, myself and my wife could be really happy there. Carlos Tevez is doing really well at Manchester City but, for me, it is about joining a club who are ready to challenge for honours. City are not ready yet.

Inter are a great club, but it is agreed that, over the last five years, the Premier League has been the strongest.”