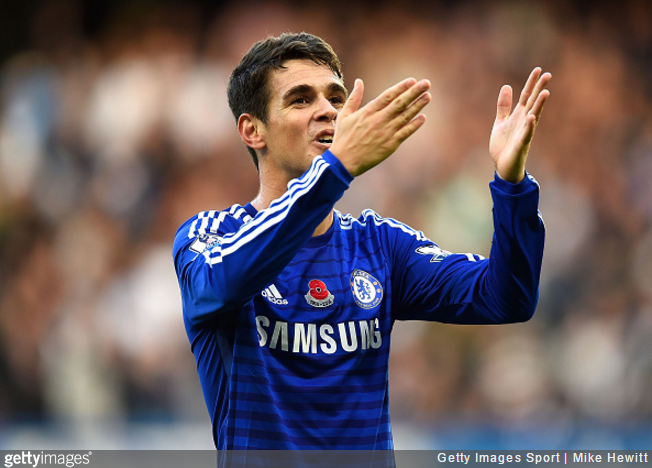 Chelsea have confirmed that they’ve agreed terms with Shanghai SIPG over the permanent transfer of Oscar.

While the numbers involved are as yet undisclosed, they are reported to be gargantuan – with a £60million transfer fee supposedly heading Chelsea’s way in the near future.

The 25-year-old will join the Chinese Super League team at the beginning of the January transfer window.

We thank Oscar for his wonderful service and wish him the very best of luck for the future.

Oscar will be reunited with ex-Blues coach Andres Villas-Boas at Shanghai SIPG, who finished second in the Chinese Super League table (under the stewardship of Sven-Goran Eriksson) last season.

We may as well start the ‘when will Oscar return to European football?’ sweepstake now.

Pies will have a shiny doubloon on ‘less than 18 months’.