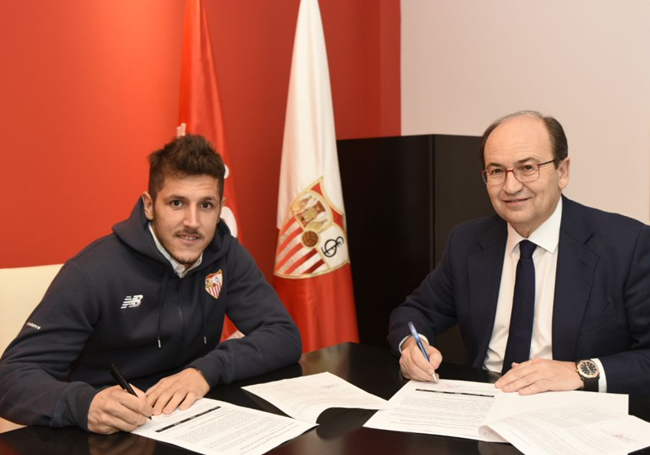 It appears that any potential language barrier will not be posing a problem for Stefan Jovetic after the Serbian striker sealed a move to Sevilla yesterday.

Having failed to bed in at Inter Milan, Jovetic joined the La Liga side on a six-month loan with an option to make the transfer permanent at the end of the season.

Asked about his grasp of the local vernacular, Jovetic revealed that he is already fluent in Spanish thanks to his questionable taste in television programming…

Translation: “I speak Spanish well because I’ve been watching South American telenovelas (soap operas) and Los Serrano since I was little.”

Los Serrano being a Spanish drama series about a widowed father of three attempting to rebuild his life.

In short, Jovetic may be fluent in Spanish, but his vocabulary is rather limited to screaming hysterically about discovering his brother-in-law sleeping with his elderly grandmother, etc, etc…