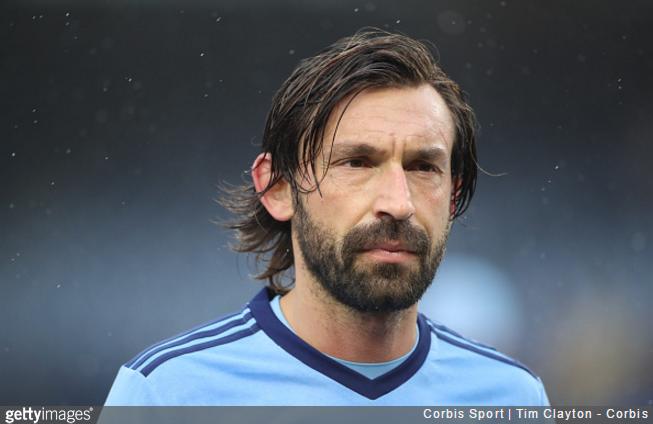 As anybody who has witnessed him in “action” for New York City over the past year or so will duly attest, Andrea Pirlo effectively retired a while ago now.

Indeed, with the 37-year-old midfielder having now dwindled to an insouciant saunter, it’s being rumoured that he’s finally about to shuffle off the footballing coil and into the coaching racket.

Ray Wilkins, knower of things, has posited that Pirlo is being primed for a spot on Chelsea’s coaching team under the stewardship of his old Juventus chum, Antonio Conte.

The Blues are in the act of sourcing a replacement for assistant first team coach Steve Holland, who is leaving to become Gareth Southgate’s full-time deputy in the England set-up at the end of the current season.

I do believe if [Conte] pulls off this Premier League win that he should be able to bring in who he wishes.

Pirlo, the Italian, speaks English and he can come in tomorrow.

I know for a fact he’s been around Stamford Bridge a few times this season.

He’s the one I’m sure he wants to bring in – he managed him until he was 34 at Juventus.

Sounds utterly water-tight to us – Pirlo (the Italian) speaks English and has been seen in the vague vicinity a couple of times.