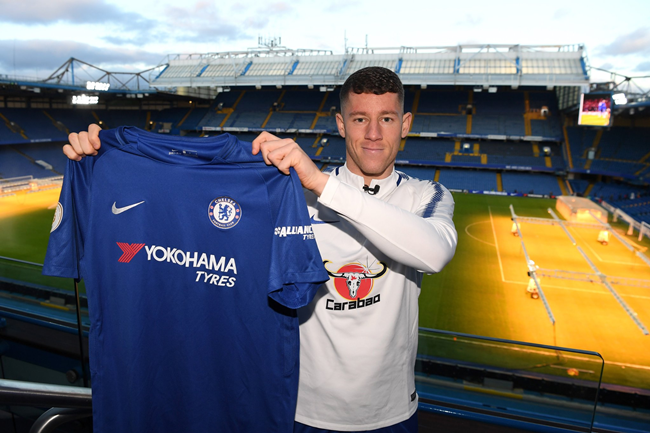 The Mayor of Liverpool, Joe Anderson, has asked the police to investigate Ross Barkley’s recent £15million move from Everton to Chelsea as he believes the machinations of the delayed transfer may well be fraudulent.

Anderson (an Everton supporter, it should be noted) has also written to the FA and the Premier League to express his concerns after seeing Barkley’s market value fall from £35million in the space of four months.

The move of @RBarkley20 from .@Everton to Chelsea today for £15 million after not playing one minute this season & after his Agent pulled the deal for £35 million in the summer, is a smack in the face to Everton fans who have always supported him loyally.
Barkley #unforgiveable👎

I will be writing to .@premierleague & .@FA calling for investigation into the circumstances around the transfer of Ross Barkley between Everton and Chelsea. Agent pulls transfer on deadline day of £35 million doesn’t play again transfer 4 months later £20 million

My only issue is the club has lost since bid of £35 million in August, £1.2 million per week, money fans would have hoped spent on players https://t.co/bK9cff3Jvn

Anderson’s bases his contention on the slightly flimsy assertion that “Barkley is worth at least £50million in today’s market” and that Everton fans have been “ripped off” by him leaving for a penny less.

The Telegraph have now published an excerpt from the aforementioned letter:

At best this represents a very poor deal for Everton Football Club. At worst it could be seen as a deliberate attempt to drive down a player’s value in the transfer market so as to benefit [others].

I am so concerned about the circumstances surrounding this transfer that I am asking the appropriate police authorities to consider whether any fraud has taken place.

It’s fairly simple, Joe. Back in September, Chelsea offered £35million for a fit Barkley who still had a year left on his contract despite having expressed his desire to move on.

He then suffered a hamstring injury that required surgery and prevented him for playing for the next four months, and all the while his contract was ebbing away.

Indeed, the midfielder was just five months from becoming a free agent when Chelsea returned to the bartering table in January with a £15million offer, representing a fairly generous valuation of Barkley considering his circumstances. It’s how the market works, fundamentally.

Perhaps of more interest is The Times having since garnered that as well as the £15million transfer fee, Barkley’s agents, the Wasserman company, have pocketed around £7million in admin fees, which represents an almost 50 percent premium.

For the record, the FA advise that agent fees should not comprise any more than three percent of any final transfer value.

No wonder nobody else was interested in doing business.